Today, Uncle Jeff got tickets for us to the Townsquare Sportsman's Expo at the Shreveport Convention Center.  Everyone had a great time looking at the boats, ATVs, travel trailers, and other great vendors in the convention center.  But hands down, the highlight of the day for William, Audrey, and Amelia was the portable trout stream and fishing put on by Lawton's Trout Farm.  They had been talking about it all morning in anticipation to going fishing.

Audrey was very attentive when fishing and she did not want any of my help.  She wanted to do it herself. 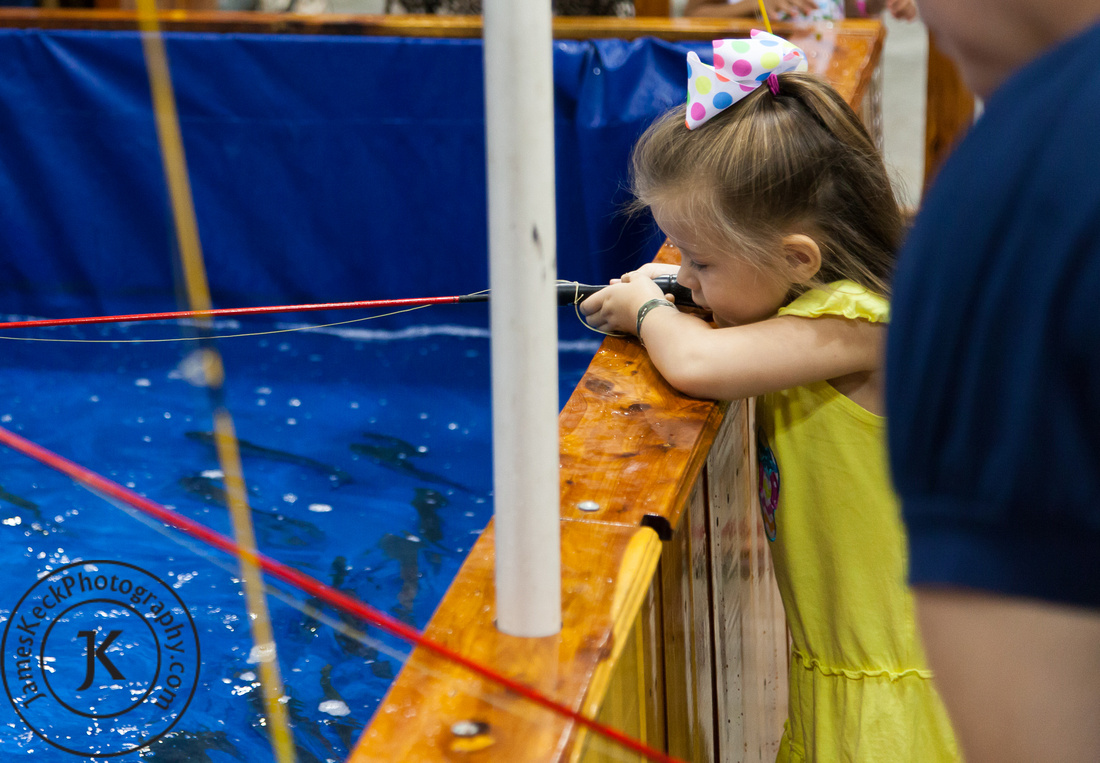 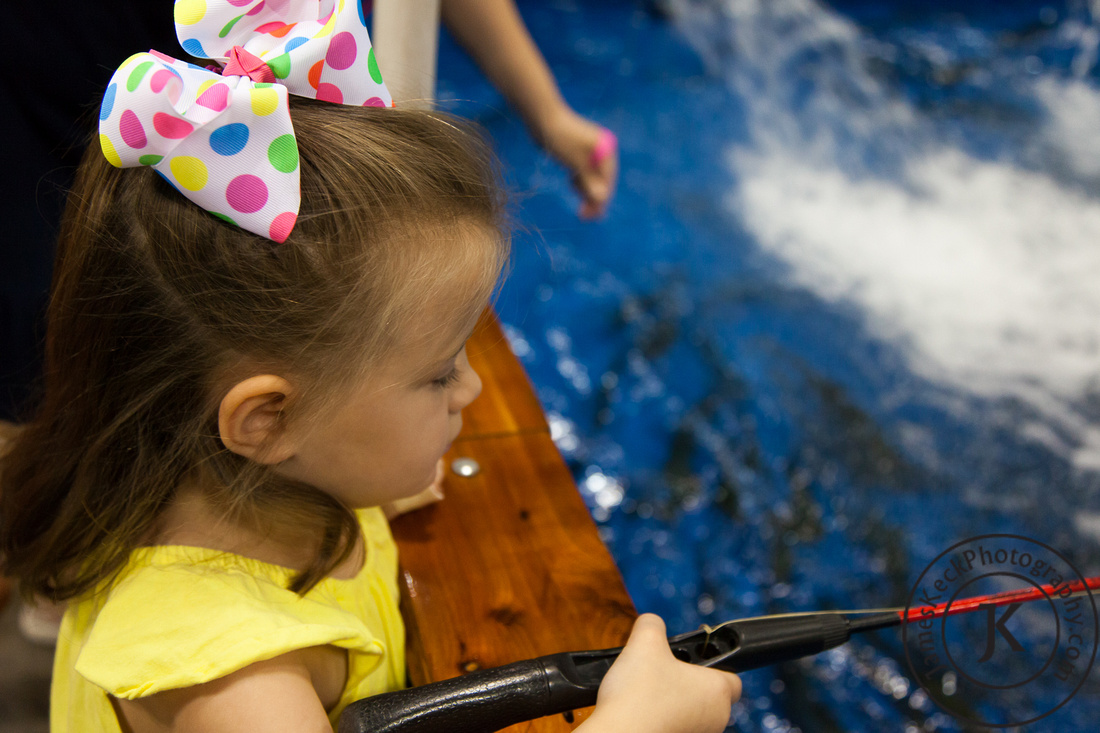 The first person to "catch" a fish was Audrey.  As you can see, she was very excited, as was the fish as it wiggled around on the fishing line. 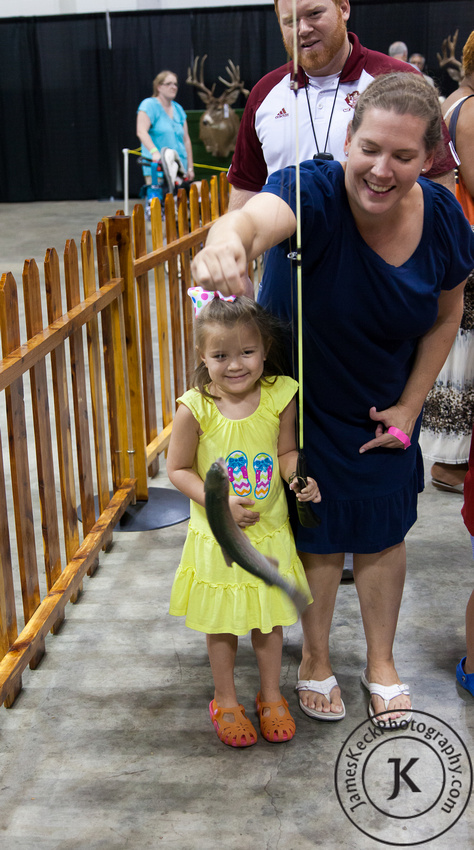 William soon followed with "catching" a fish.  Coincidentally, the fish looked exactly the same as Audrey's catch and was the same size, too. 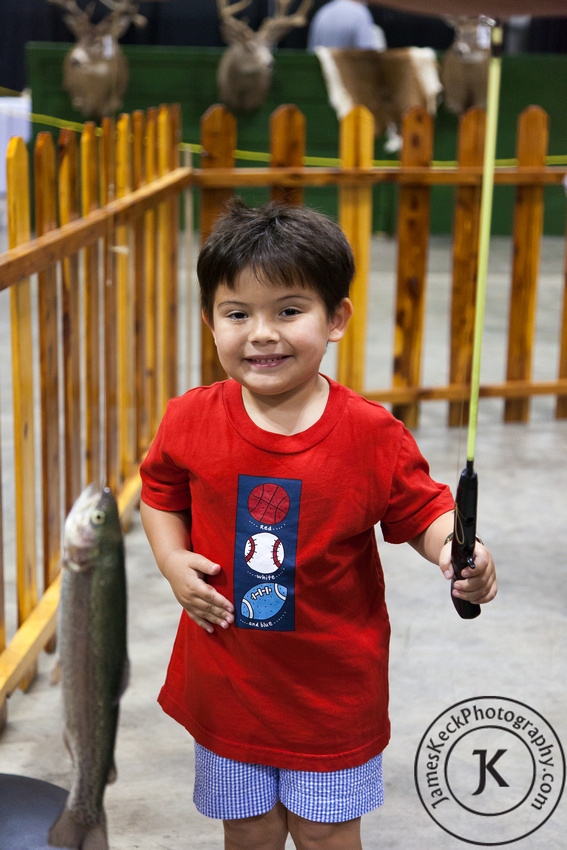 The last one to catch the trout was Amelia.  Eerily, the trout looked identical to the two previously caught.  We might need to call in the X-Files! 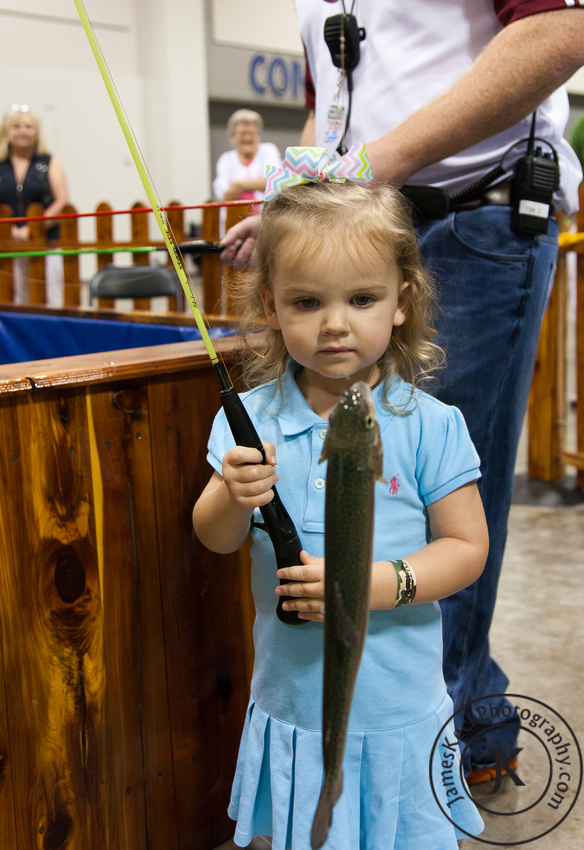 Amelia really liked the fish and she was the only one brave enough to touch it.  Way to go, Amelia! 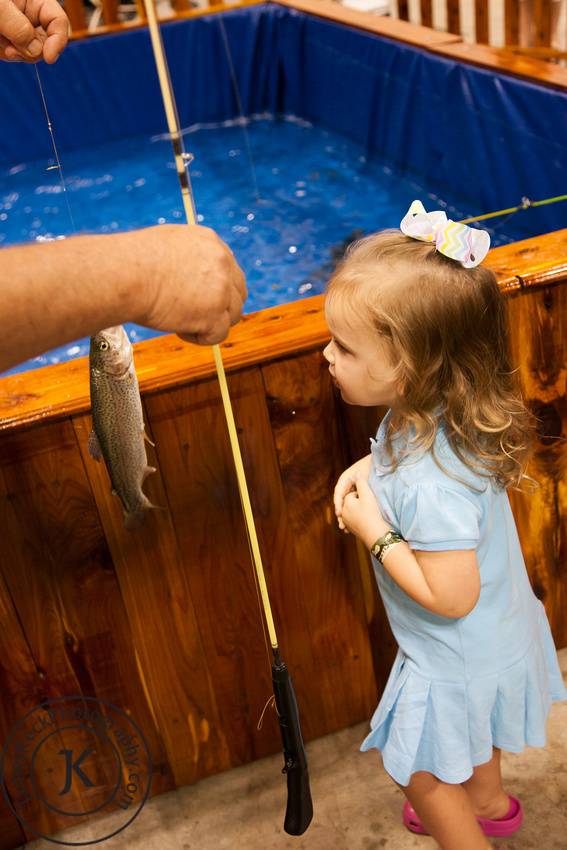 After catching trout, William drove Audrey and Amelia in his newly purchased Can-Am Spyder.  What a ladies' man! 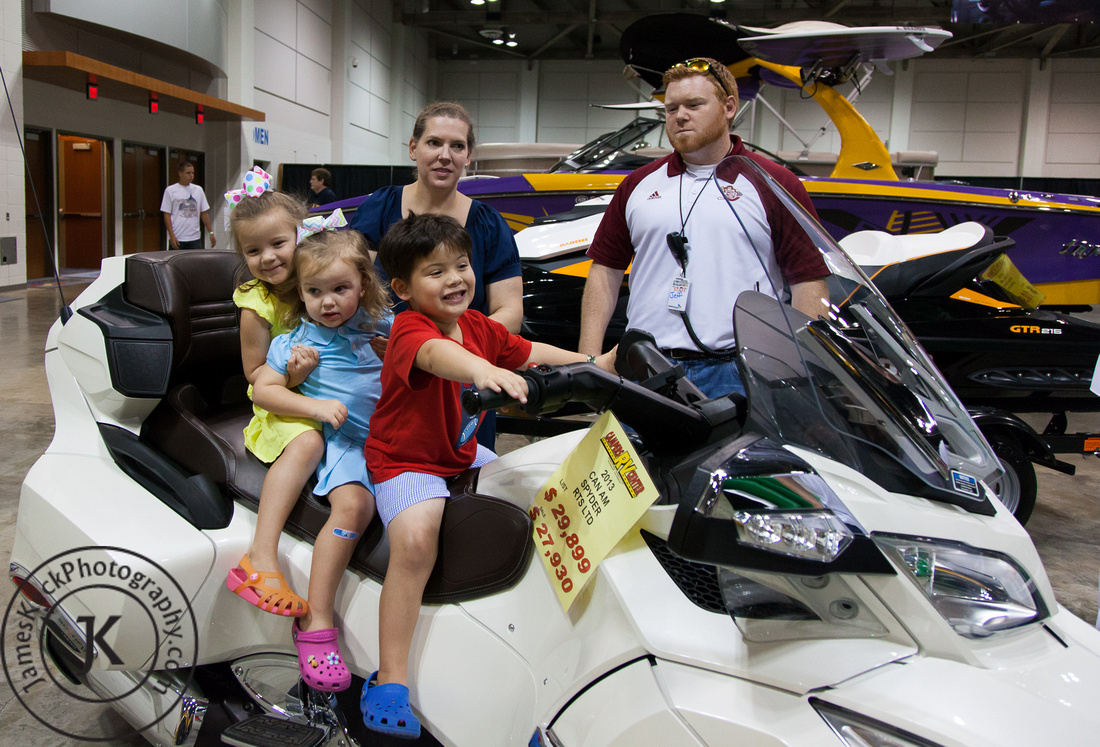 I would like to thank Jesse Lawton of Lawton's Trout Farm.  He was really good with the kids and made sure that they had a great time.