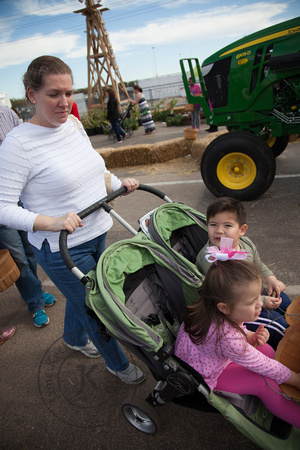 The first stop was at the TDECU Fun on the Farm exhibit.  Here, the twins learned about the importance of planting crops such as tomatoes and corn, milking cows, and saving money after buying groceries.  When Audrey saw the cow milking exhibit, she went straight up to the "cow" and said, "I know how to milk a cow!"  To my surprise, she started milking the cow right away by pulling on its udders. 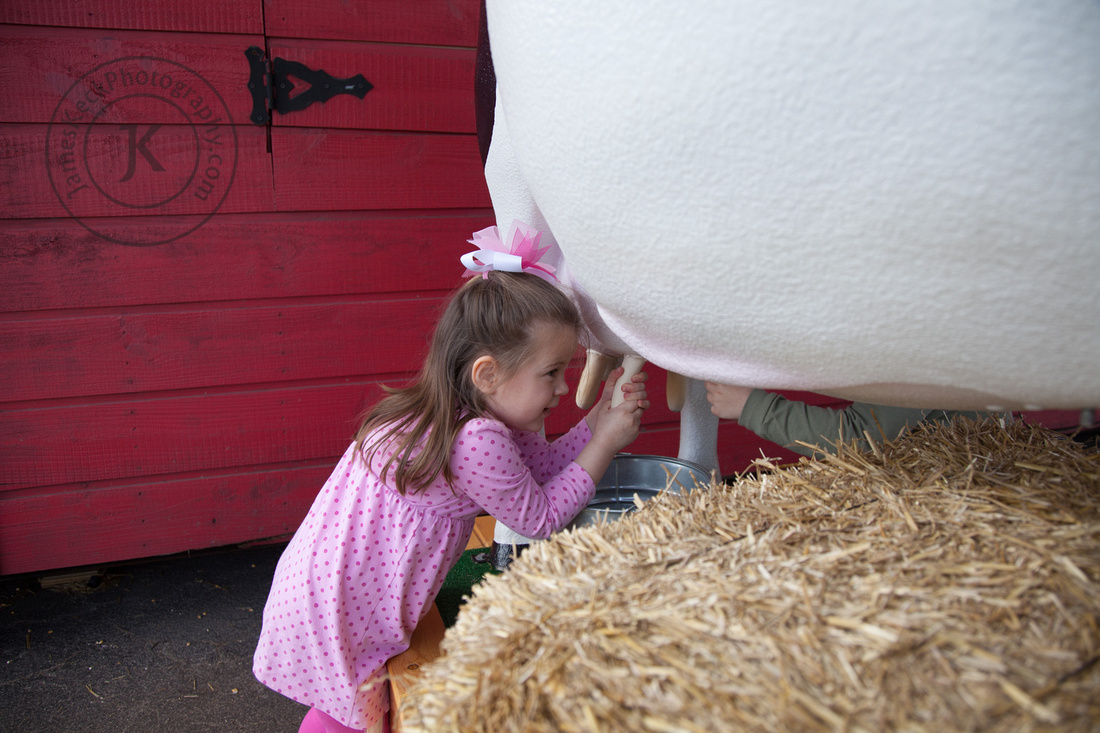 After having fun with the learning exhibit, we went to the carnival rides.  To Amy's and my surprise, Audrey wanted to go on the Super Slide.  Since she was too short to ride by herself, I got to ride it with her.  I must admit that I had a good time going down the slide with my beautiful daughter.  Please don't ask why I had my right hand up in the air like a wild bronco rider; I don't have an answer! 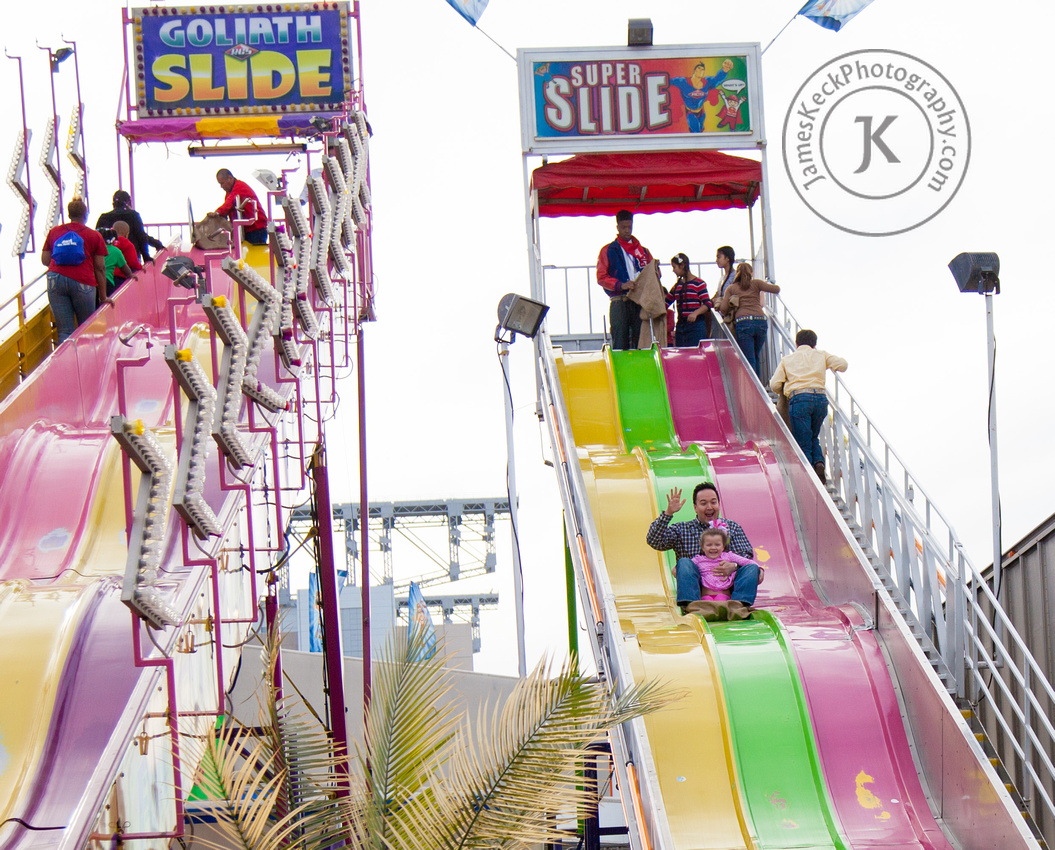 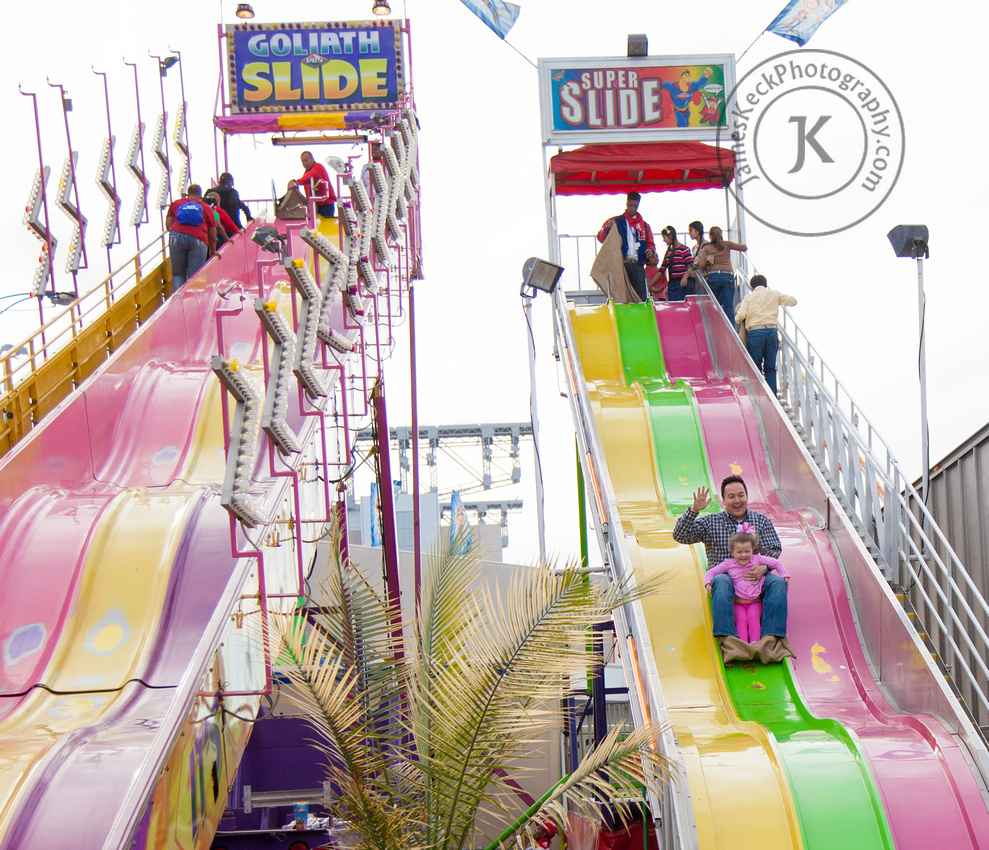 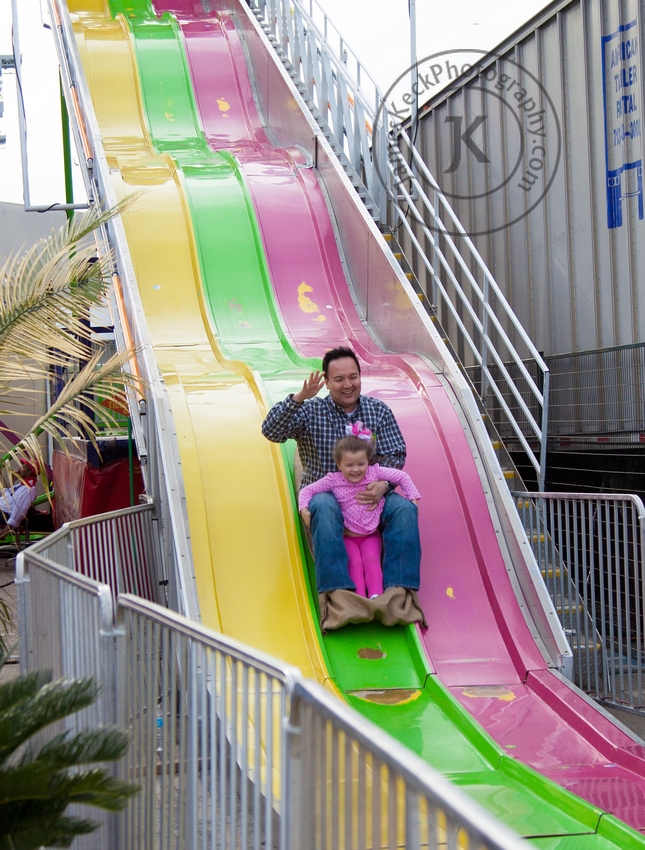 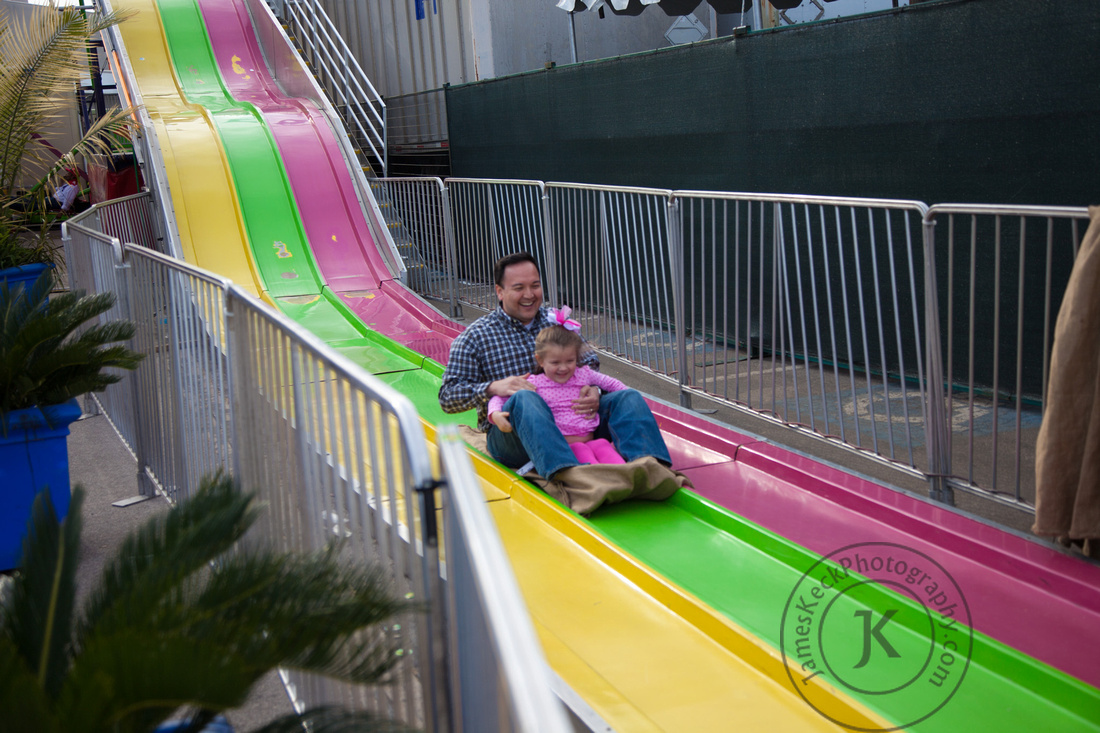 As you can see from Audrey's huge smile, she had a great time riding down the slide! 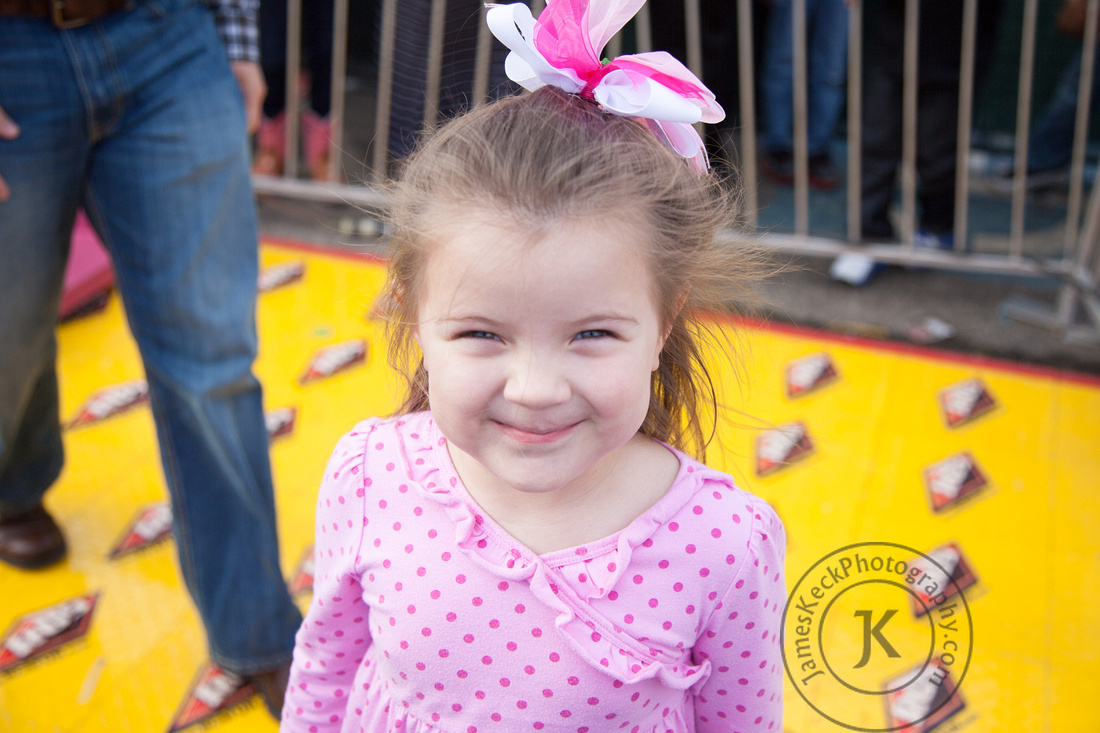 The next ride the twins wanted to ride was the camel rides.  They had seen camel rides on the cartoon Caillou so they HAD to ride the camels. 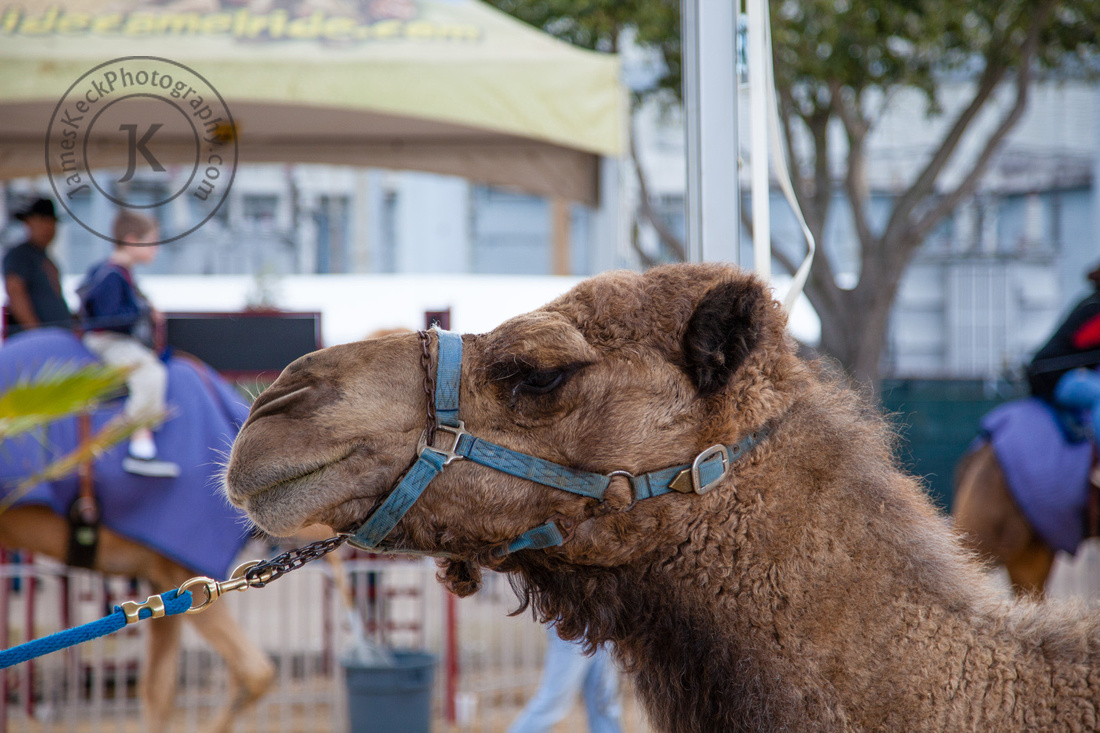 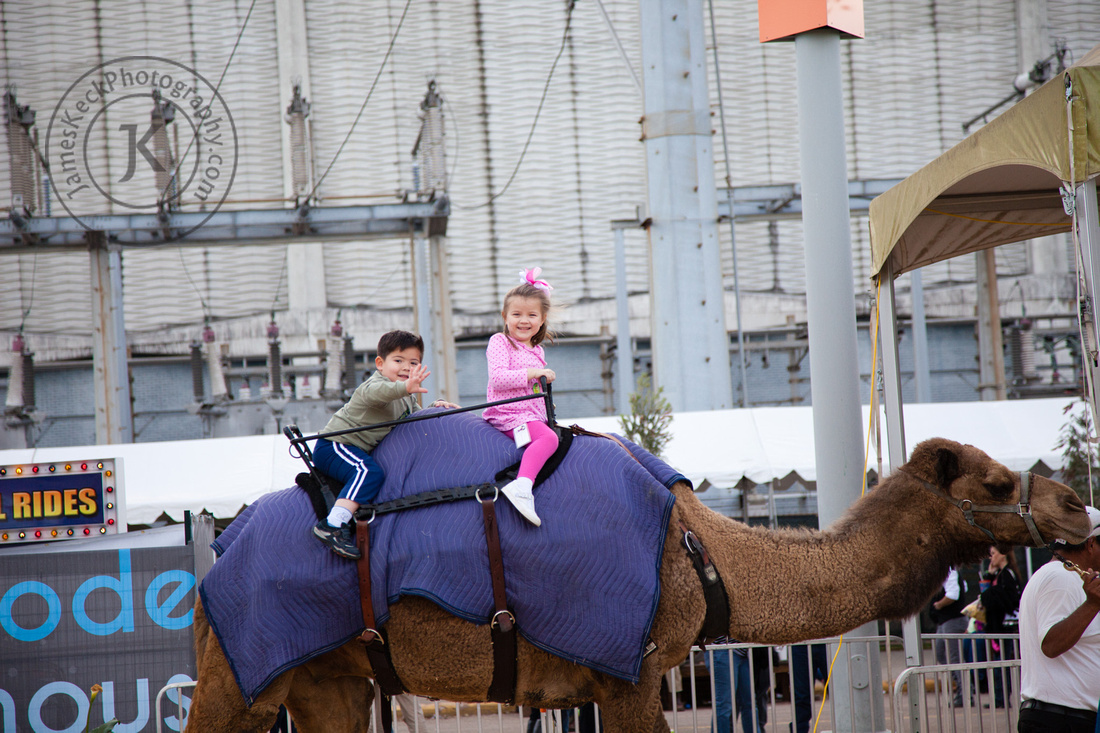 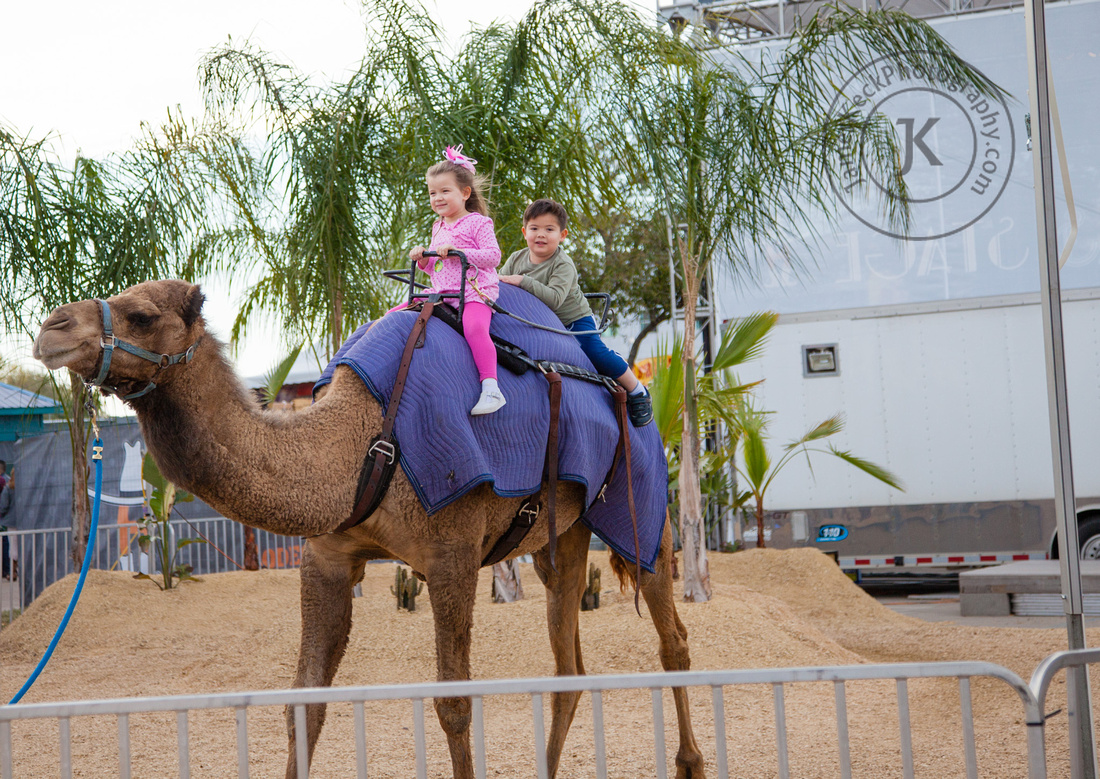 Audrey really enjoyed the ride, but William didn't like that he was in the back of the camel holding onto the camel's hump.  He informed us that he would like to ride up in front next time.

The twins love to "drive" Amy's and my cars.  So, it wasn't a surprise when they rushed over to the race cars to ride. 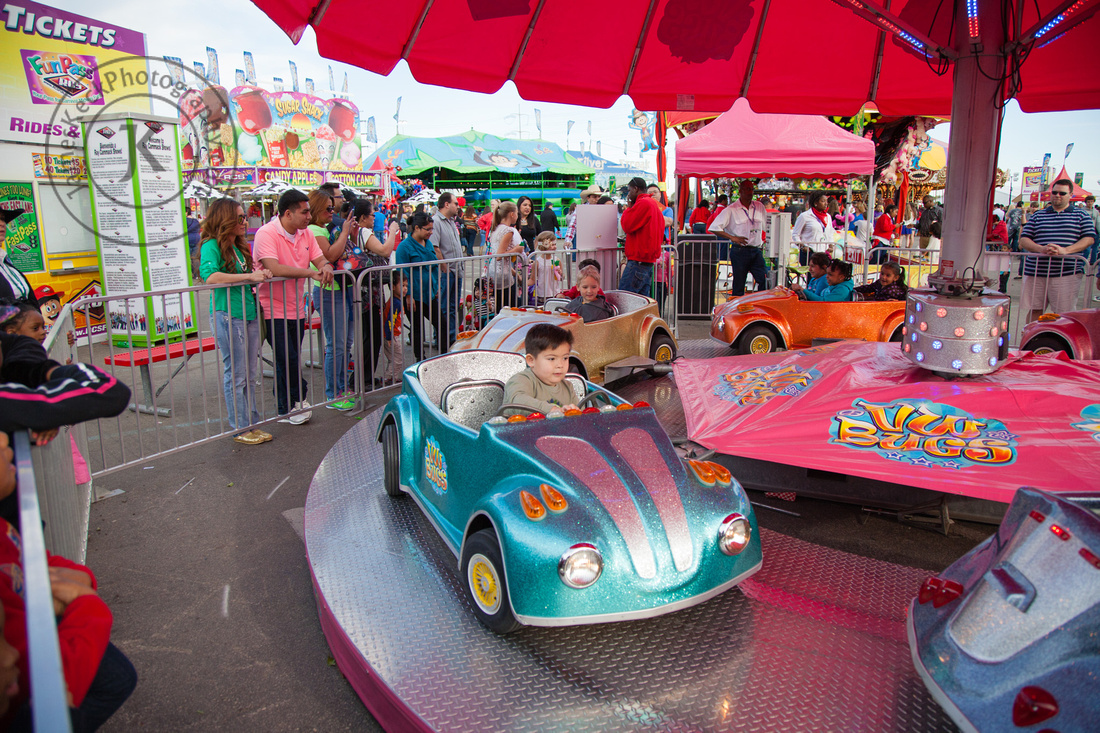 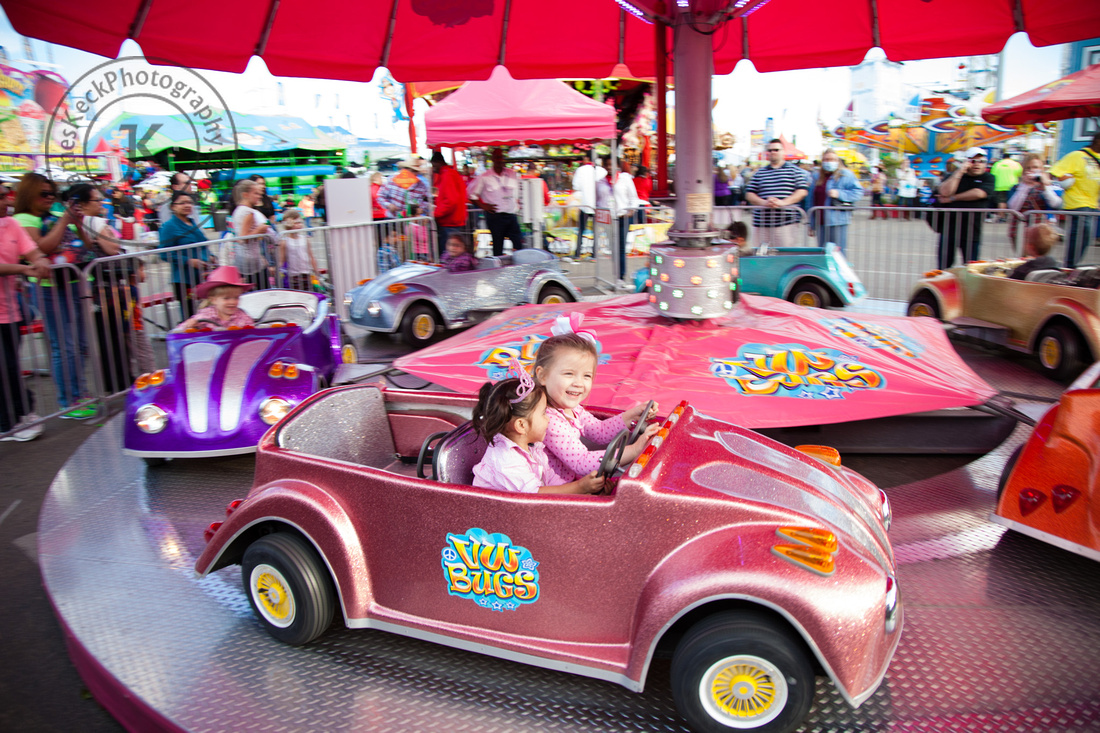 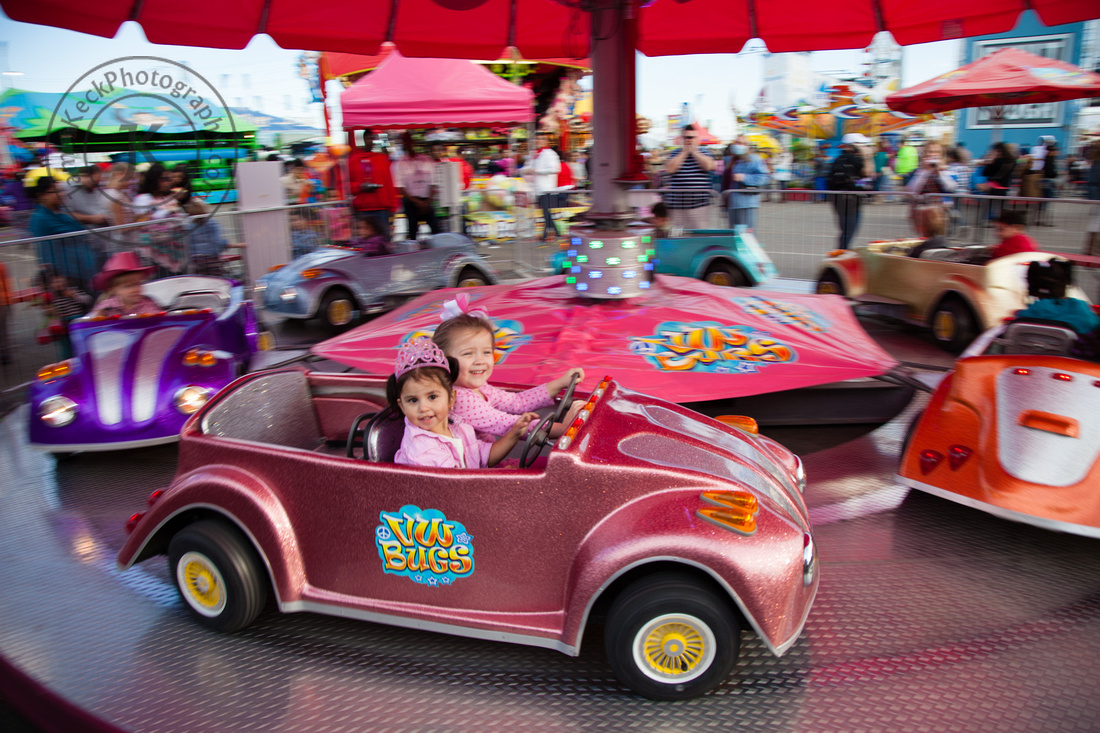 We then went to the animal exhibit where a man was talking about and showing different animals such as a porcupine, tortoise, kangeroo, armadillo, and anteater.  Not only did Audrey and William learn something, but so did I.  I didn't realize that a possum was the most endangered animal in North America. 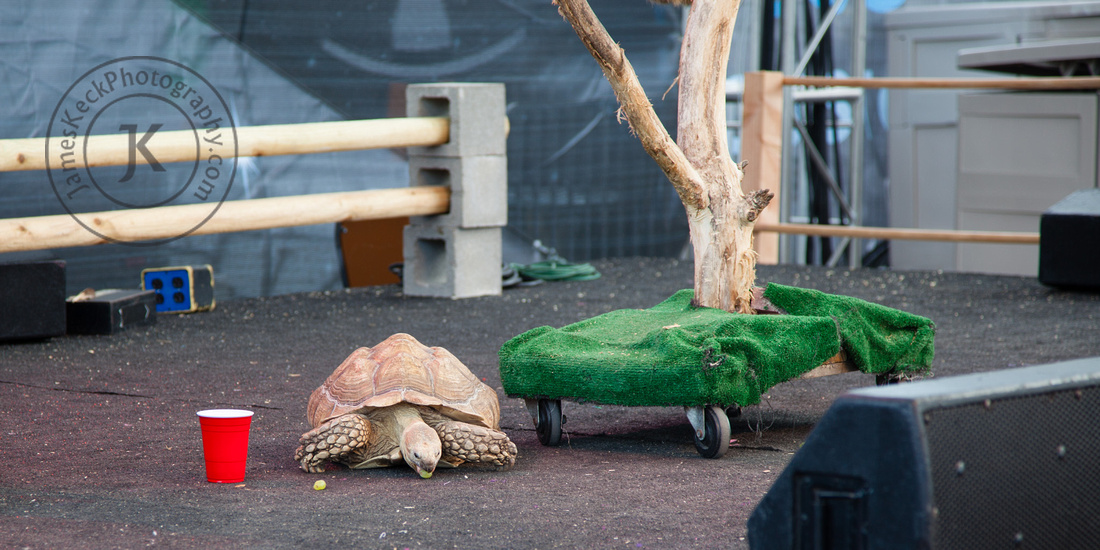 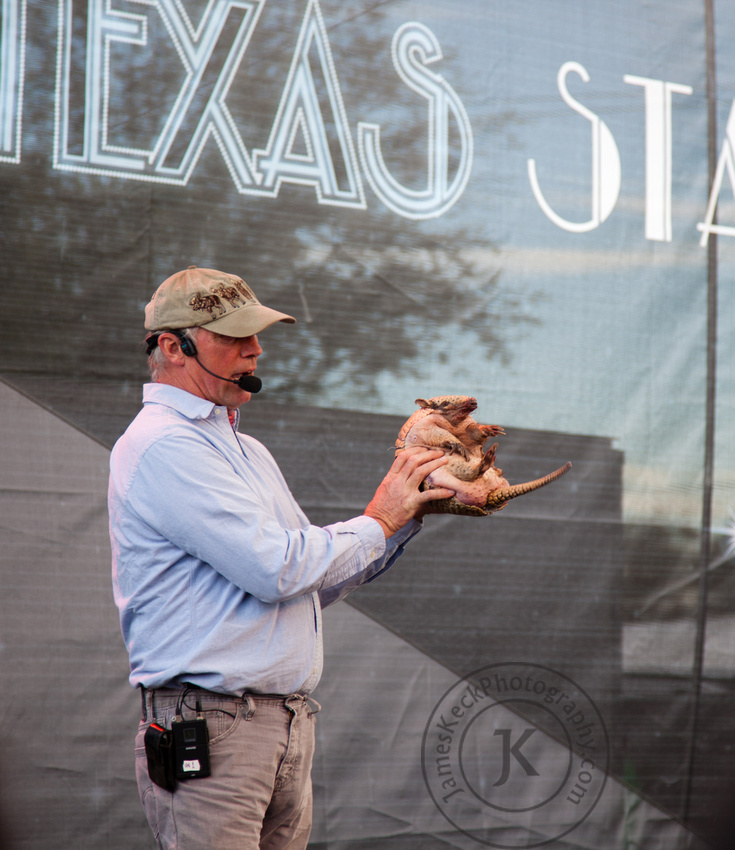 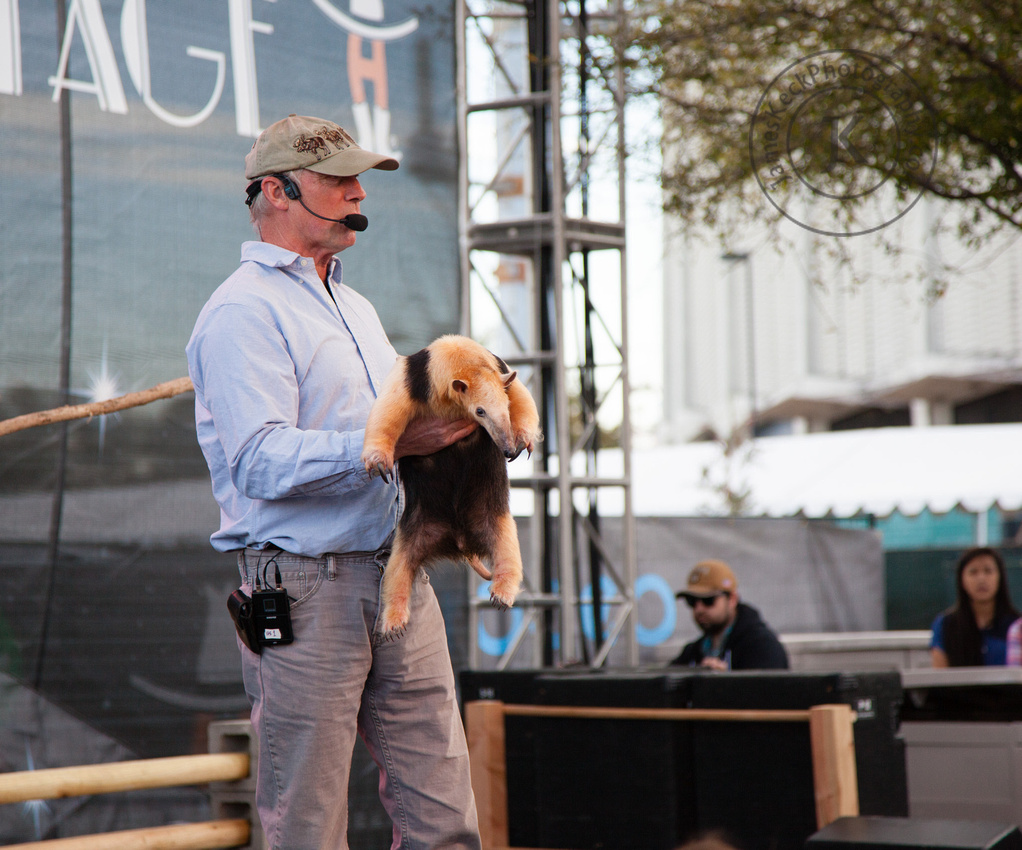 After looking at these animals, William and Audrey wanted to see some of the exhibition animals.

They got to see a young calf drinking milk from its mother. 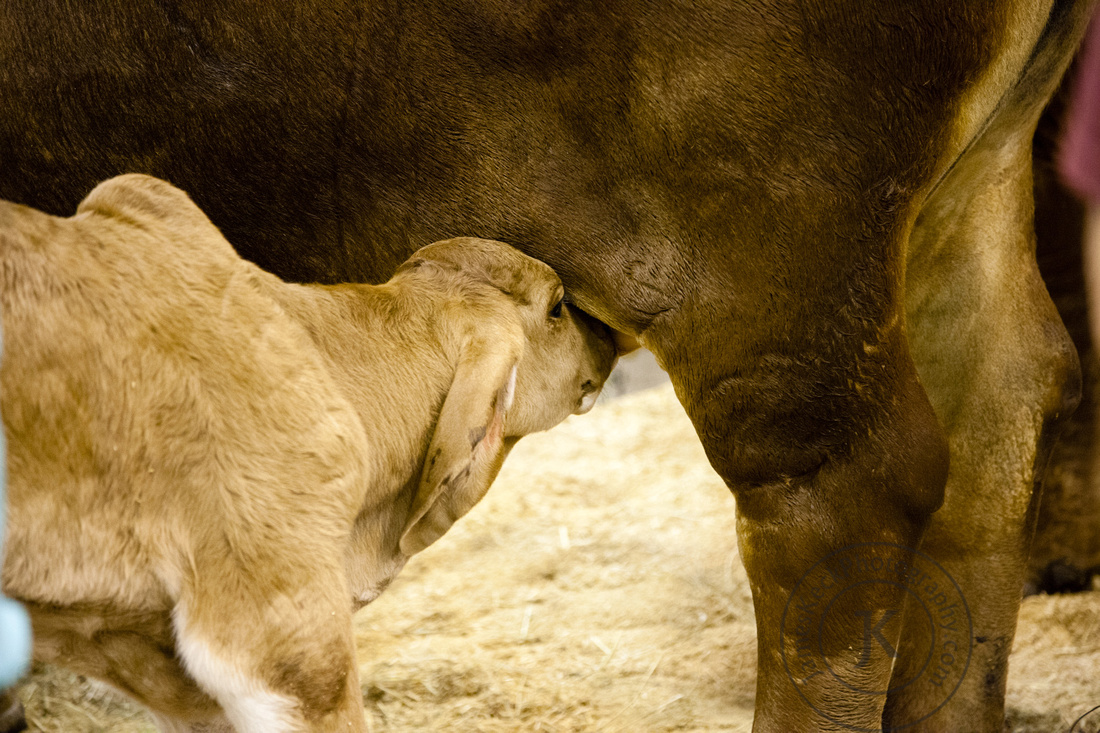 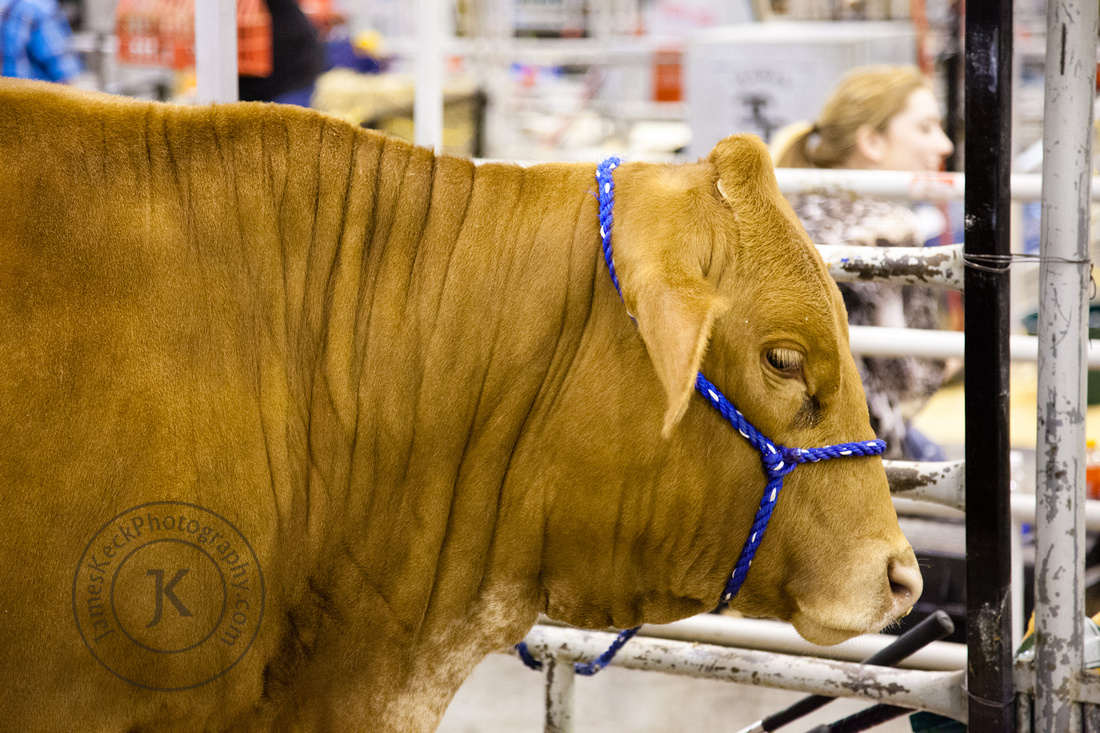 They also thought that the long horns on this longhorn bull were pretty neat! 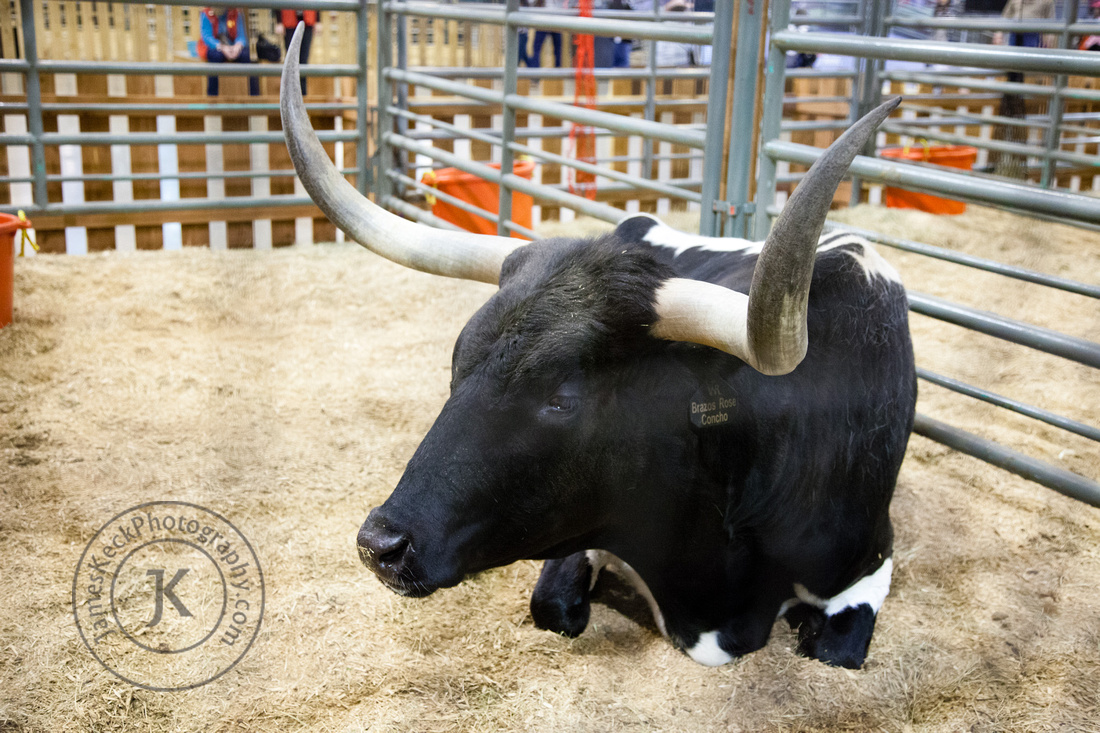 After viewing cows, goats, pigs, and even the queen bee, they wanted to ride some more carnival rides.

William loved riding this 4 wheeler!  What a smile! 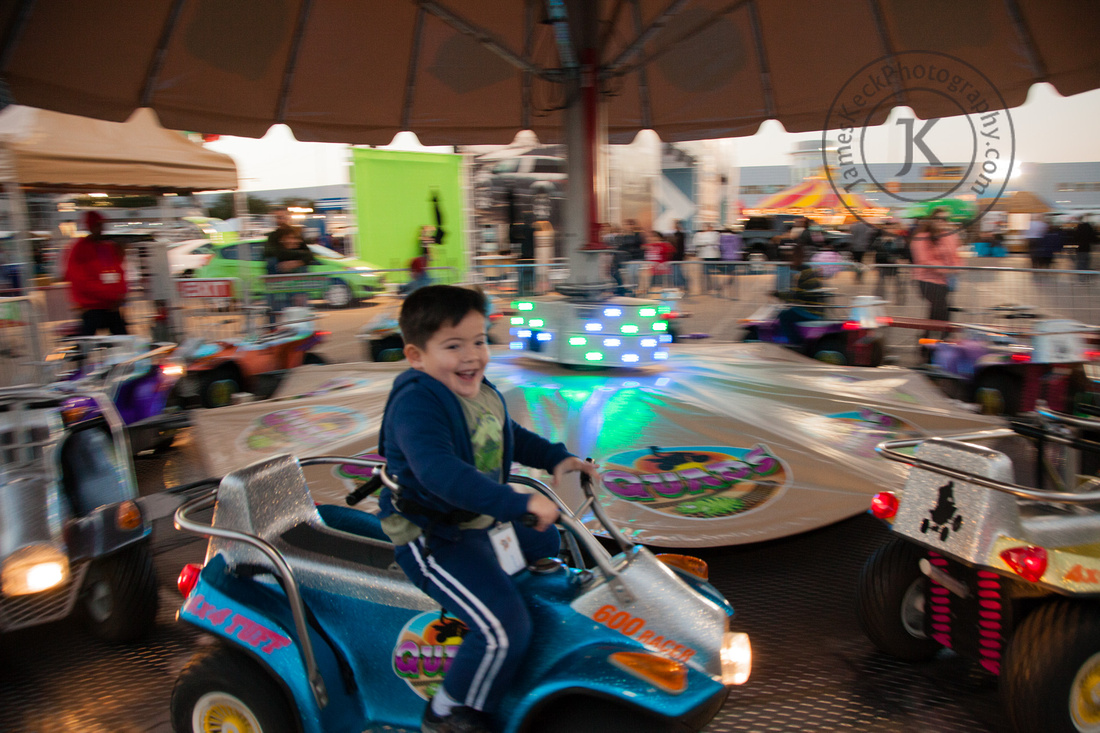 Again, Amy drafted me into riding the spinning dinosaur that the twins wanted to ride.  Unfortunately, William wasn't the biggest fan.  While the dinosaur was spinning, I asked William if he was having a good time.  He had a frown on his face and he shook his head with a definitive, "No!"  On the other hand, when I asked Audrey the same question while we were revolving, she yelled, "YES, SPIN MORE!"  They might be twins, but they are often complete opposites. 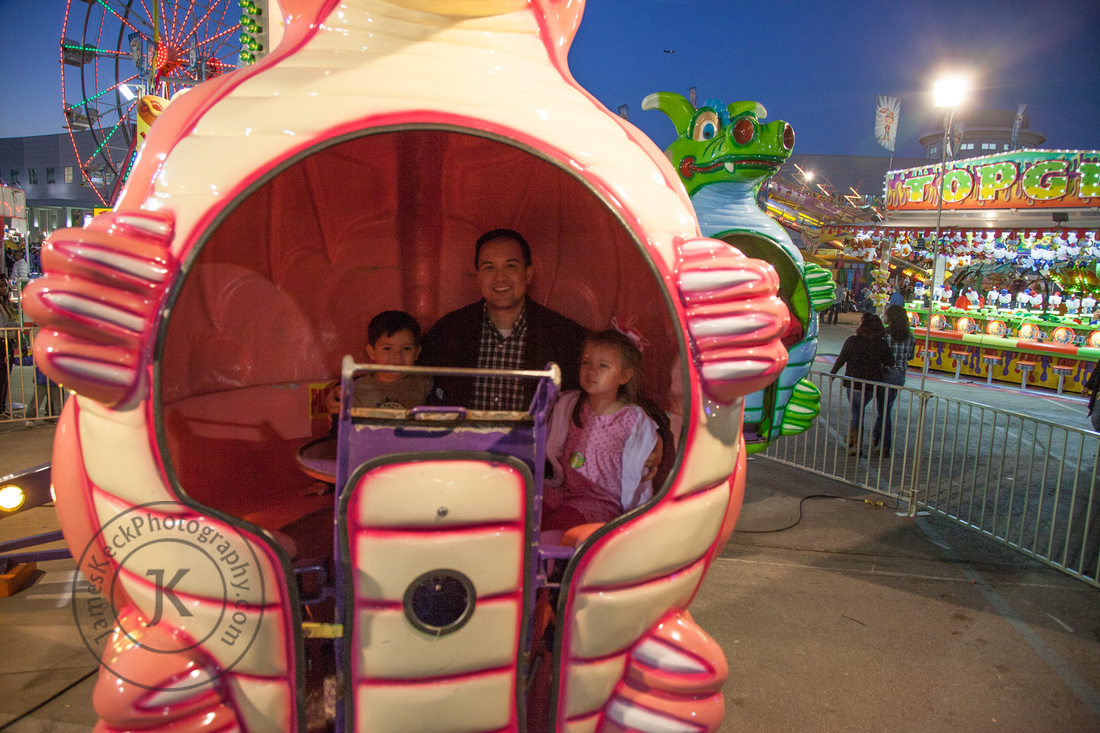 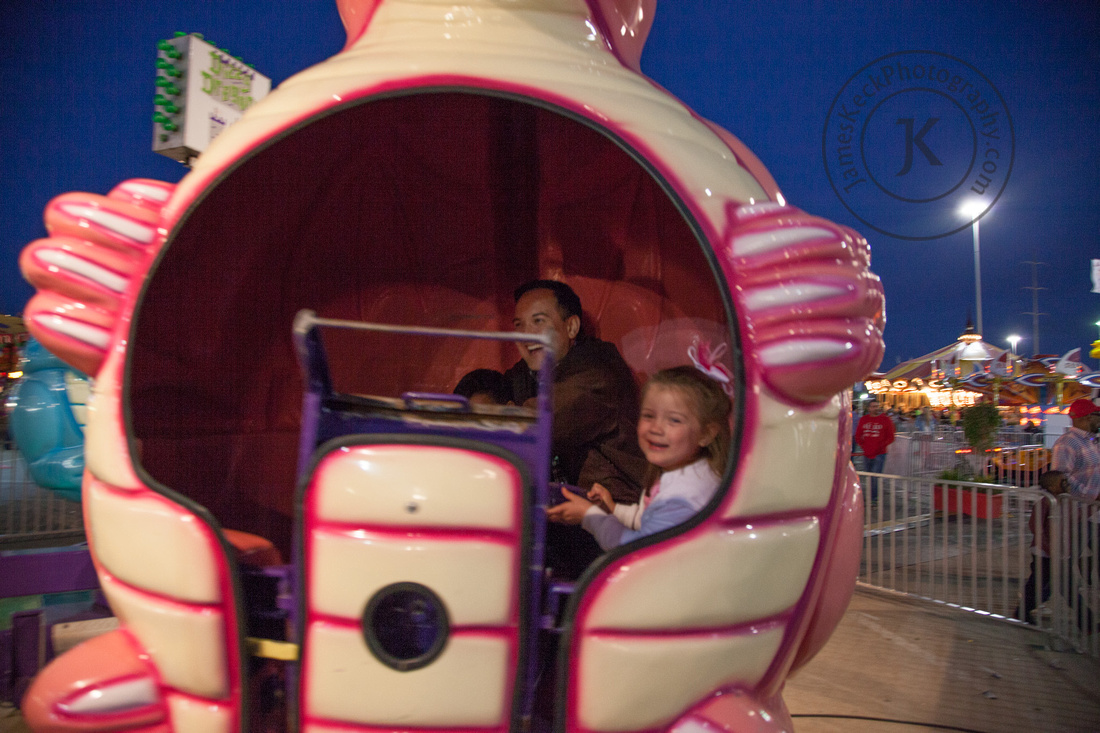 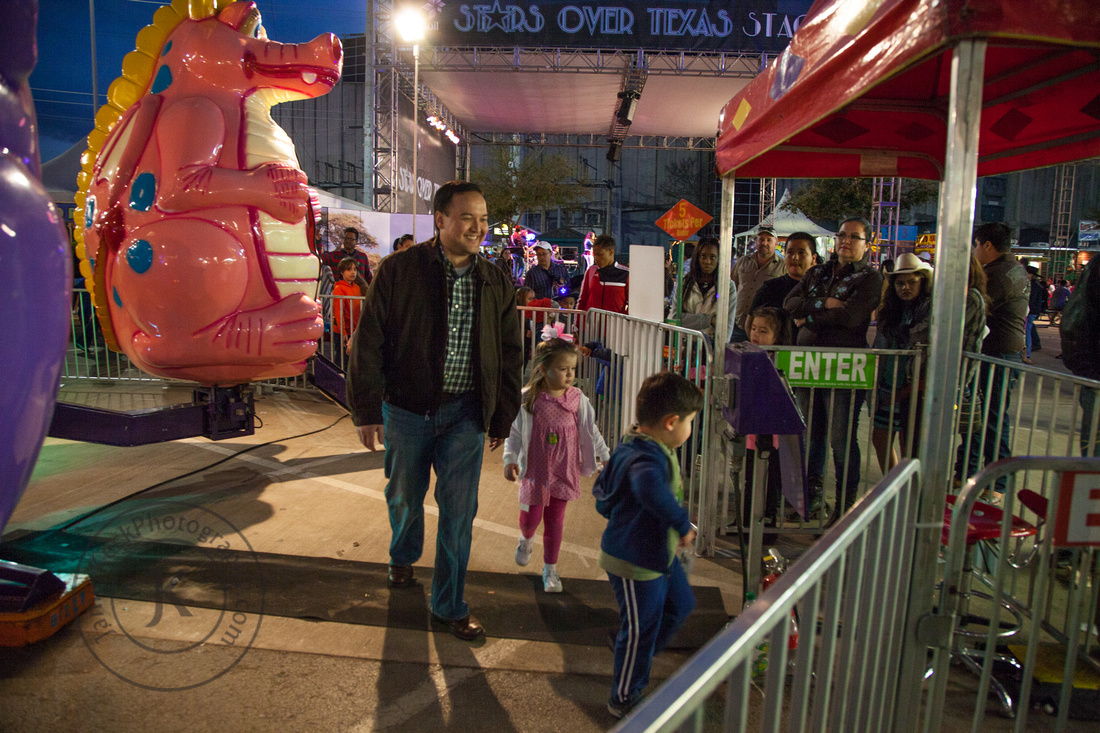 As we got off of the spinning dinosaur, it was late, and we had to head home to the Twin's disappointment.  Our VERY last ride was the Metro light rail to our car; the Twins love the "train."

We will definitely be coming again next year.