This past weekend, my family made the trip up from Houston to Shreveport to watch the Krewe of Gemini Mardi Gras parade.  I was pleasantly surprised by not only how well this parade was run but also how well the twins behaved during the parade.  The Krewe of Gemini of Ark La Tex were celebrating their 25th anniversary.  With the very family oriented atmosphere and the fun that my entire family enjoyed, I am sure they will celebrate their 50th anniversary in another 25 years.

The Geneux, Ericson, and Keck families arrived at the parade about 45 minutes early.  Amy has some friends who reserved a spot on the neutral ground and invited us to this spot.  Thank you so much Diane!

Here are Amelia, William, and Audrey (left to right) getting psyched up for the parade.  They had been talking about this parade all week! 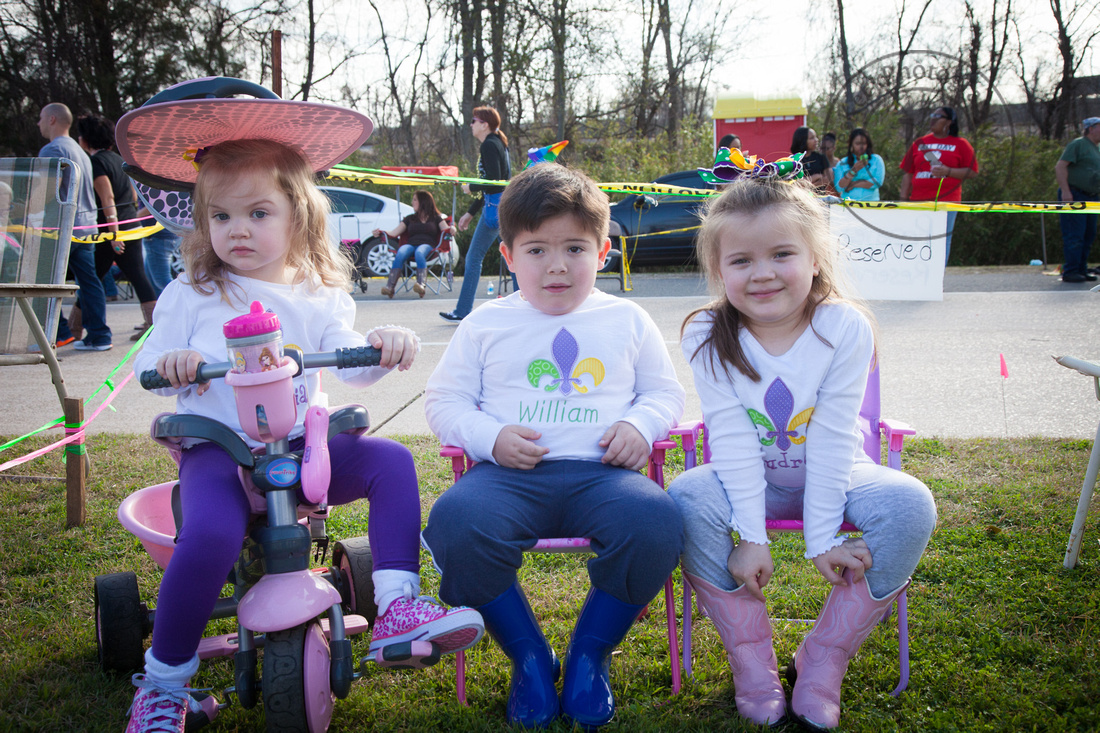 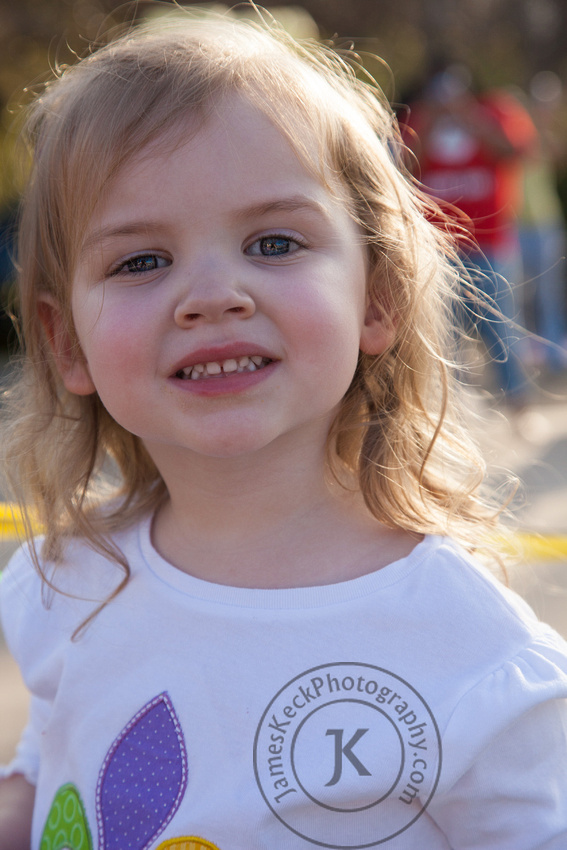 My beautiful daughter Audrey smiling for the camera 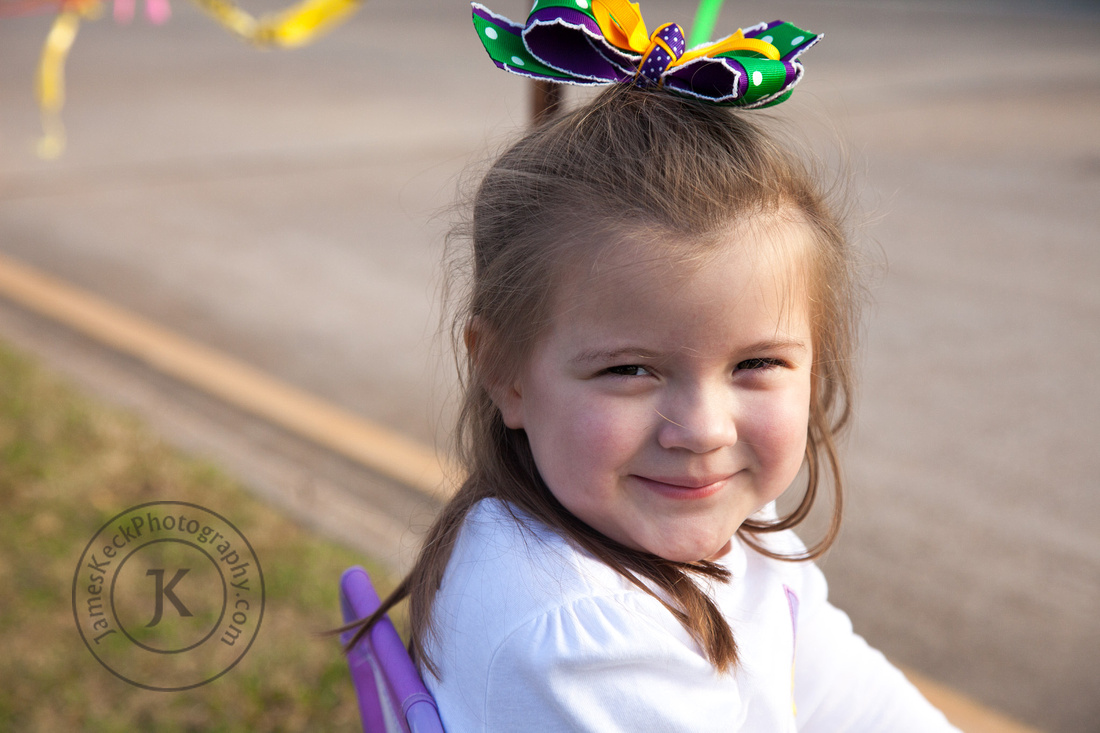 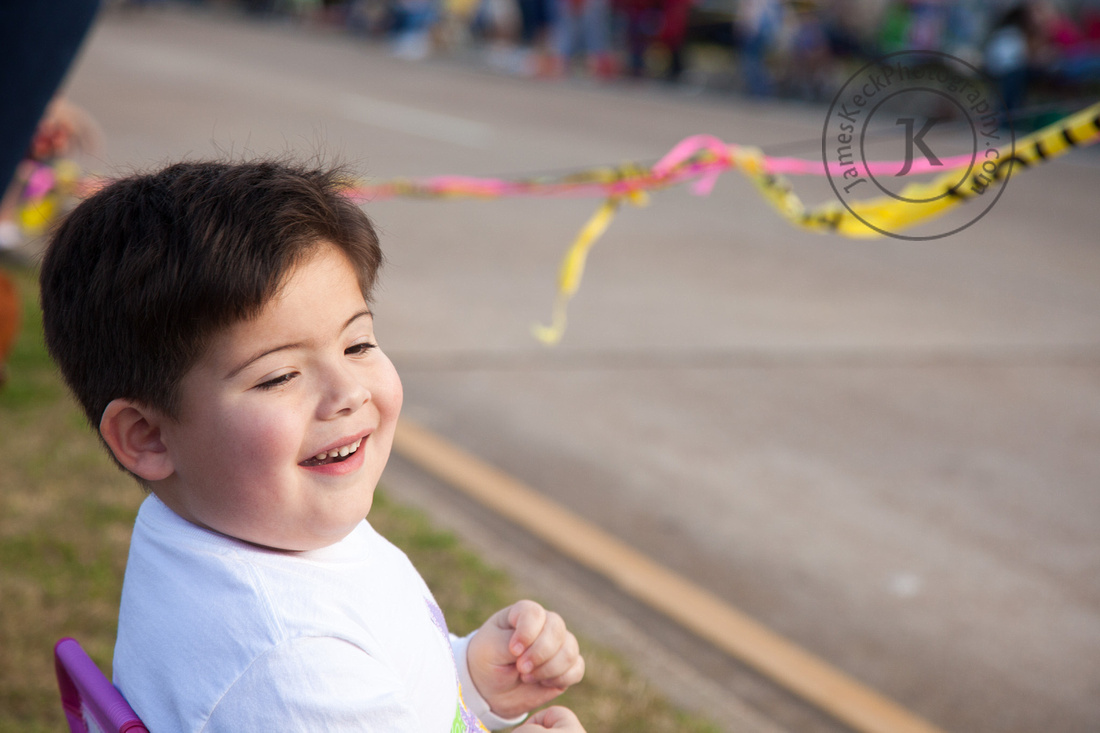 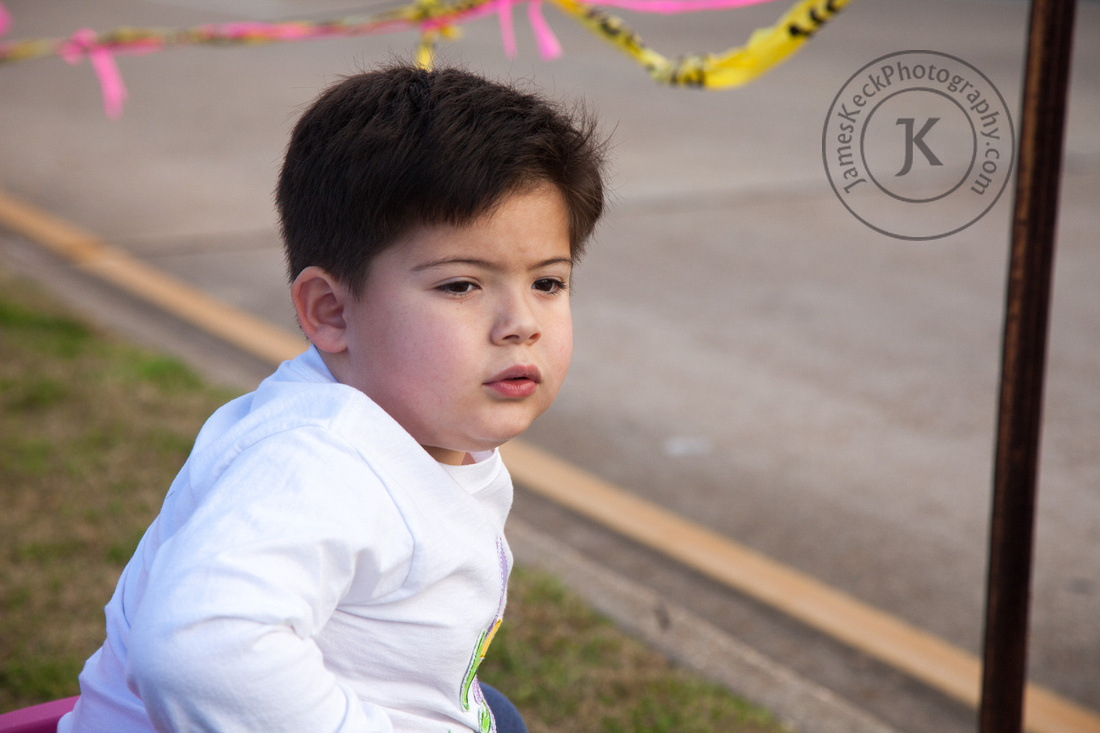 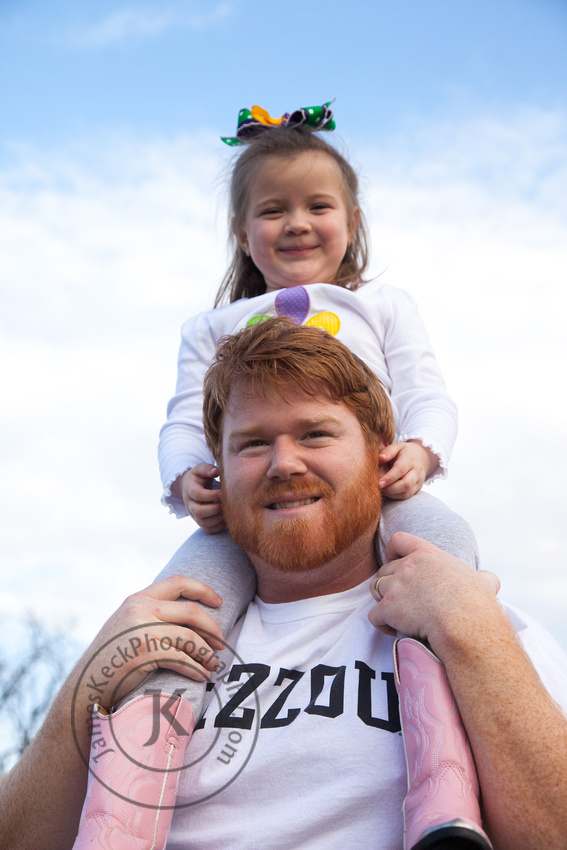 The parade started off with the procession of police cars and fire trucks with their horns blaring.  The kids really liked this part even though it was a little loud for William. 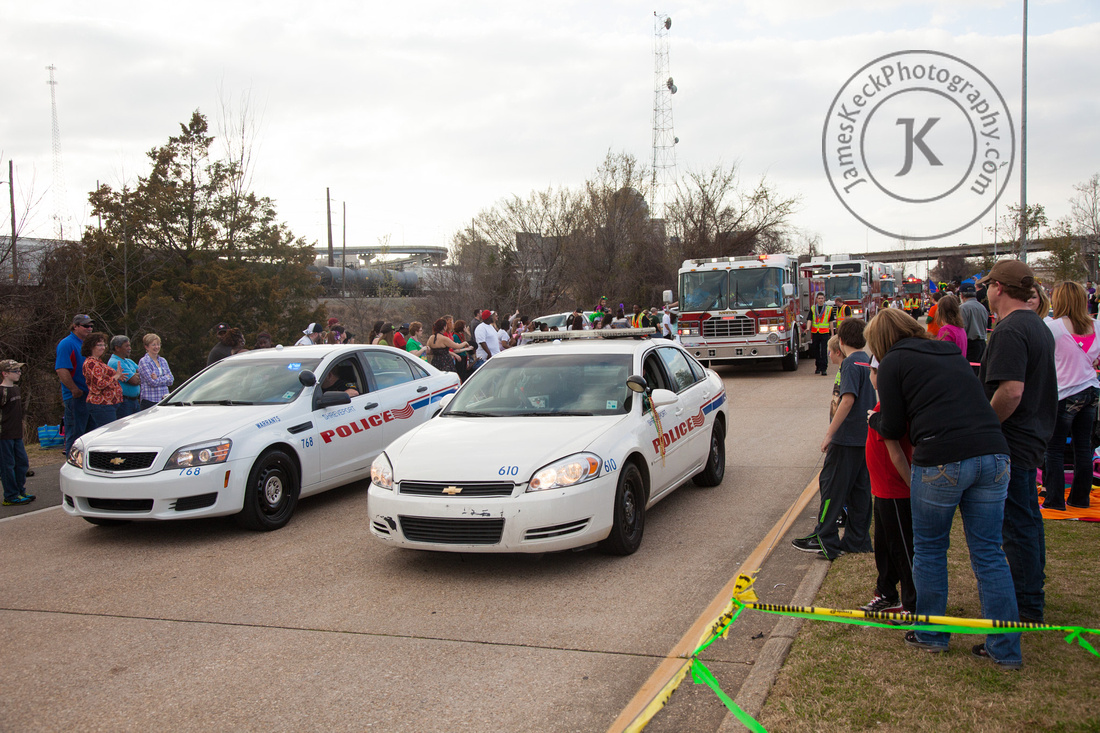 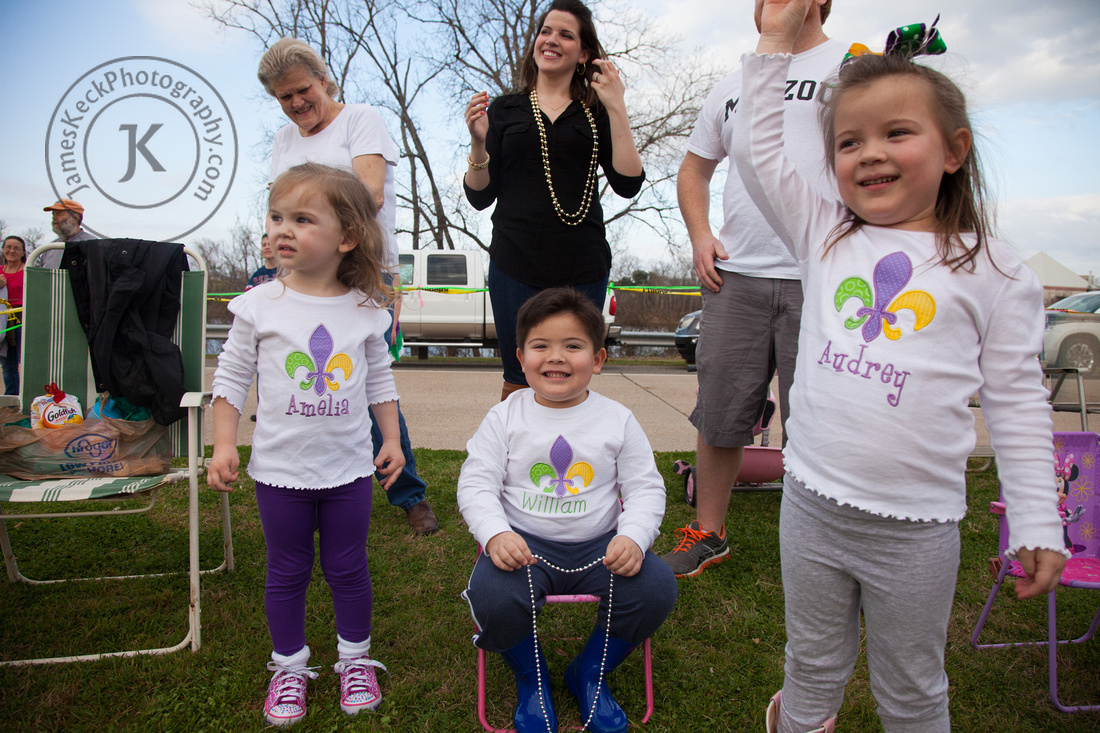 Start of the Parade Excitement

The official start of the Krewe of Gemini parade! 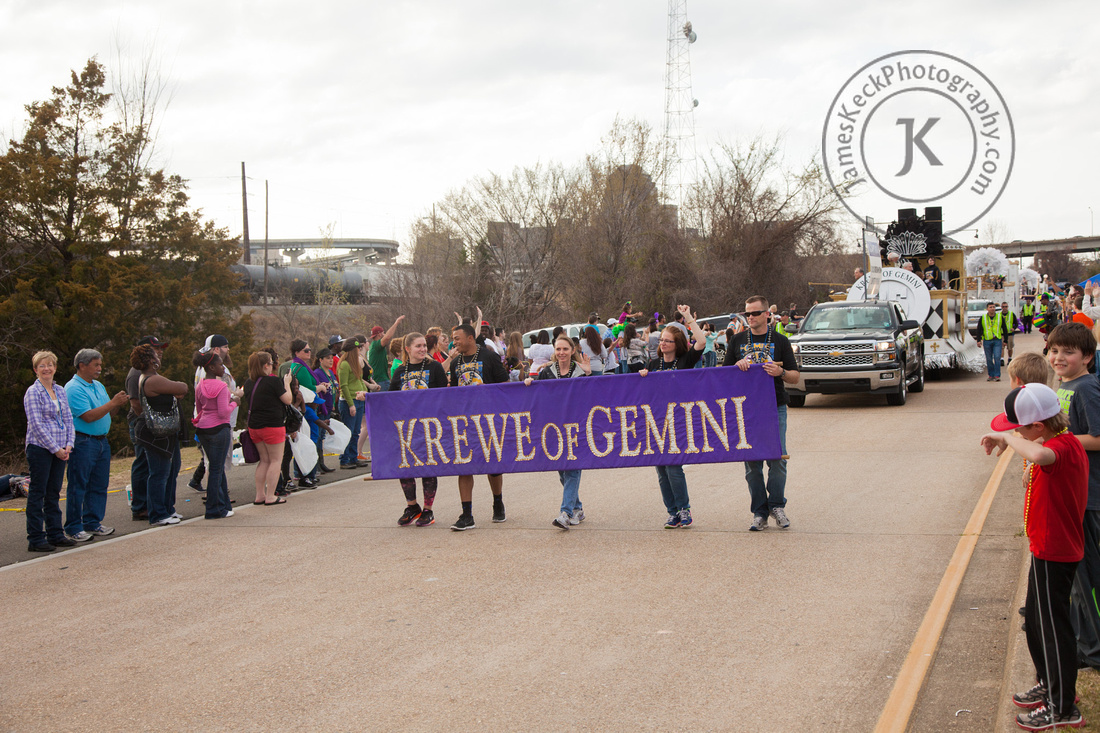 A picture is worth a thousand words, and I think these three photographs show just how excited Audrey was to see the parade! 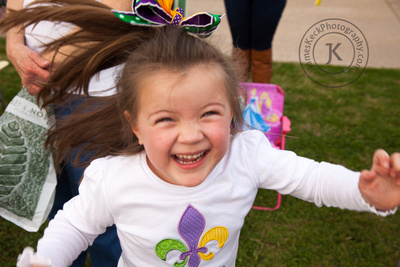 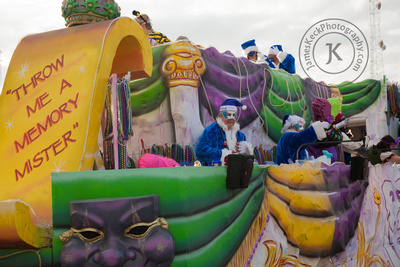 The Ericsons enjoying the parade while Amelia is shouting for the people on the floats to throw her some beads!

Amy graduated from Captain Shreve High School so she was very excited to see her high school's marching band in the parade. 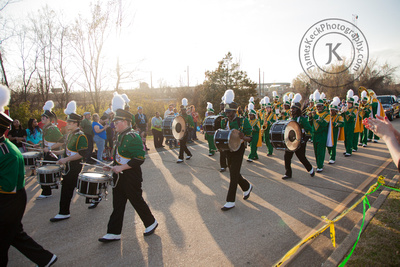 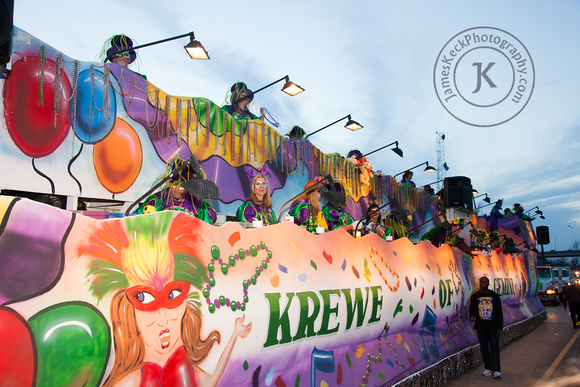 William made out like a bandit with the amount of beads that were thrown his way.  We had to remove about 4 necks worth of beads because they were getting too heavy for his neck! 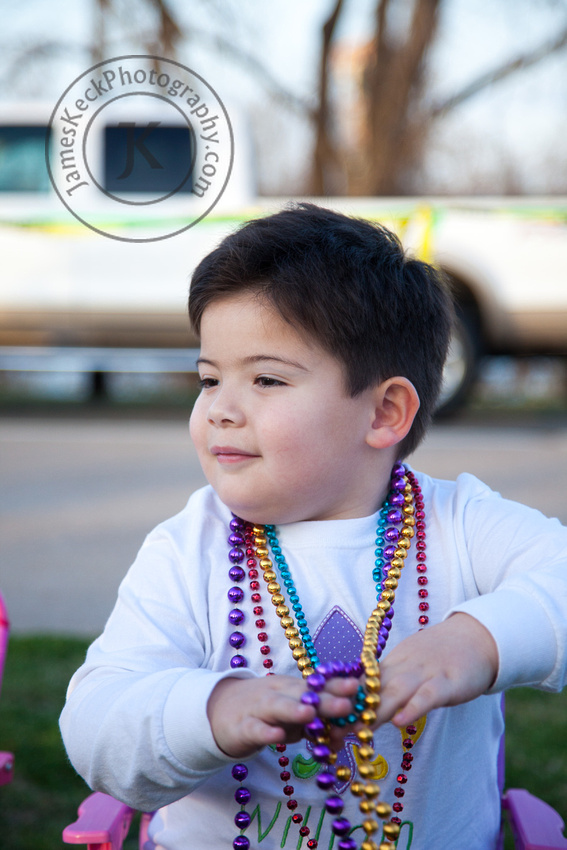 The caution tape was great in making sure the kids did not go into the street where the floats were traveling. 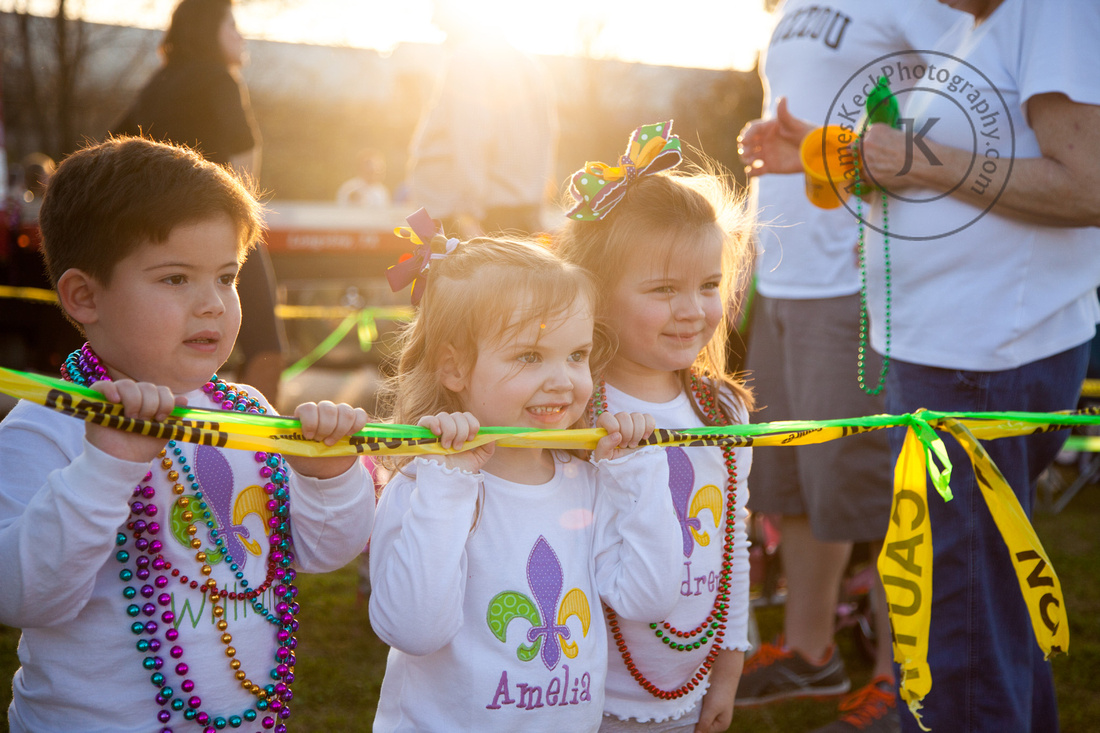 The cousins had a great time at this parade together.  It didn't hurt that LOTS of stuffed animals, blow up toys, frisbees, and beads were thrown their way! 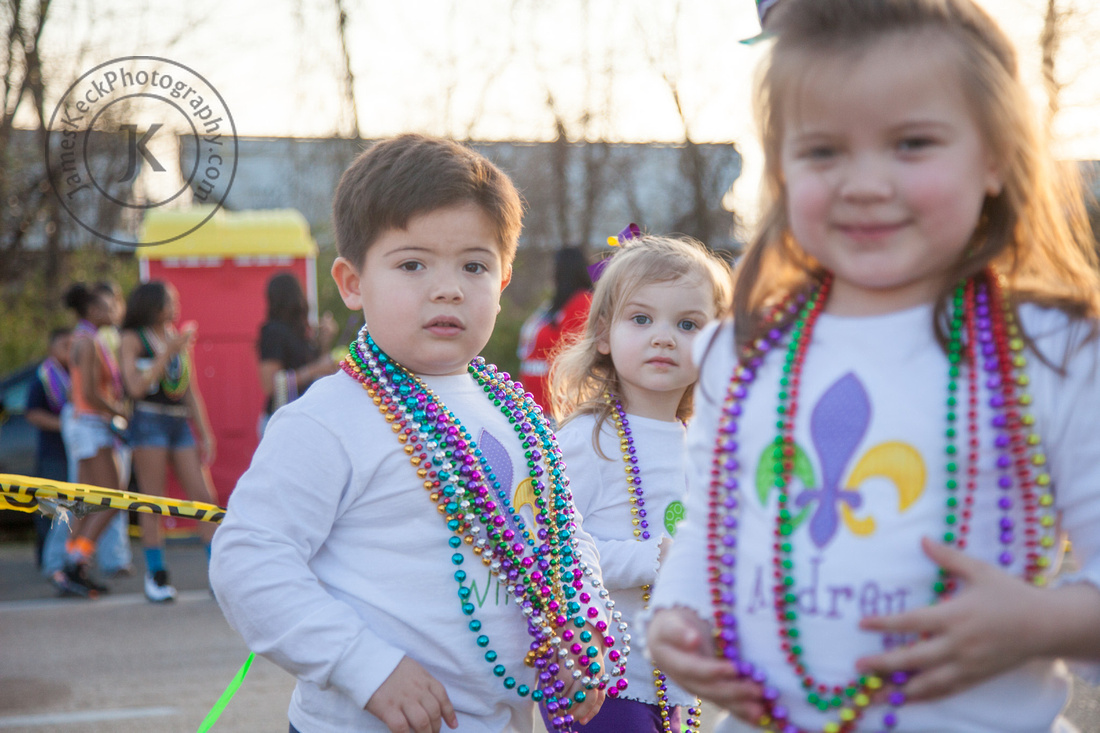 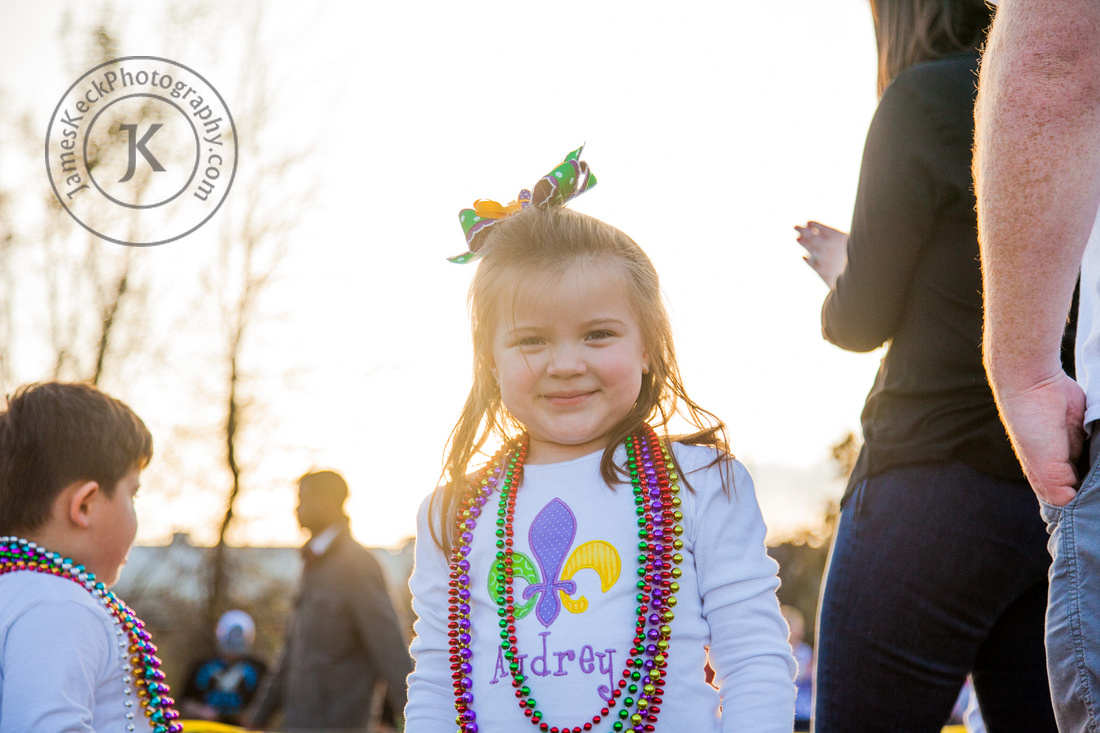 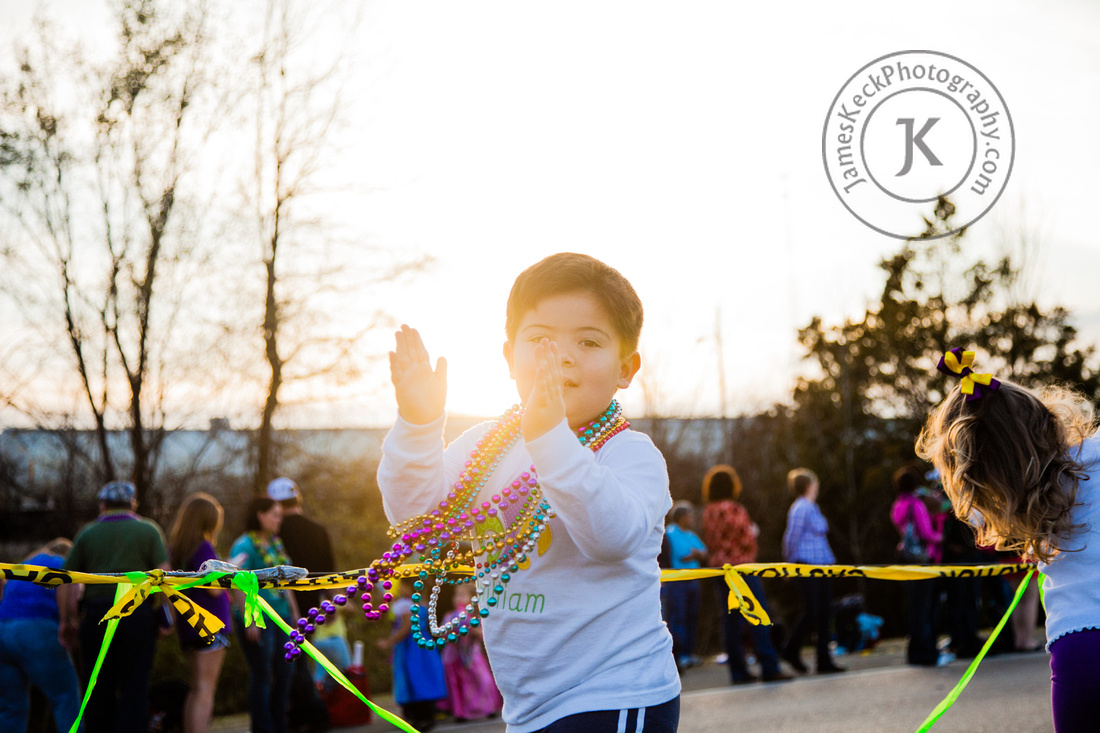 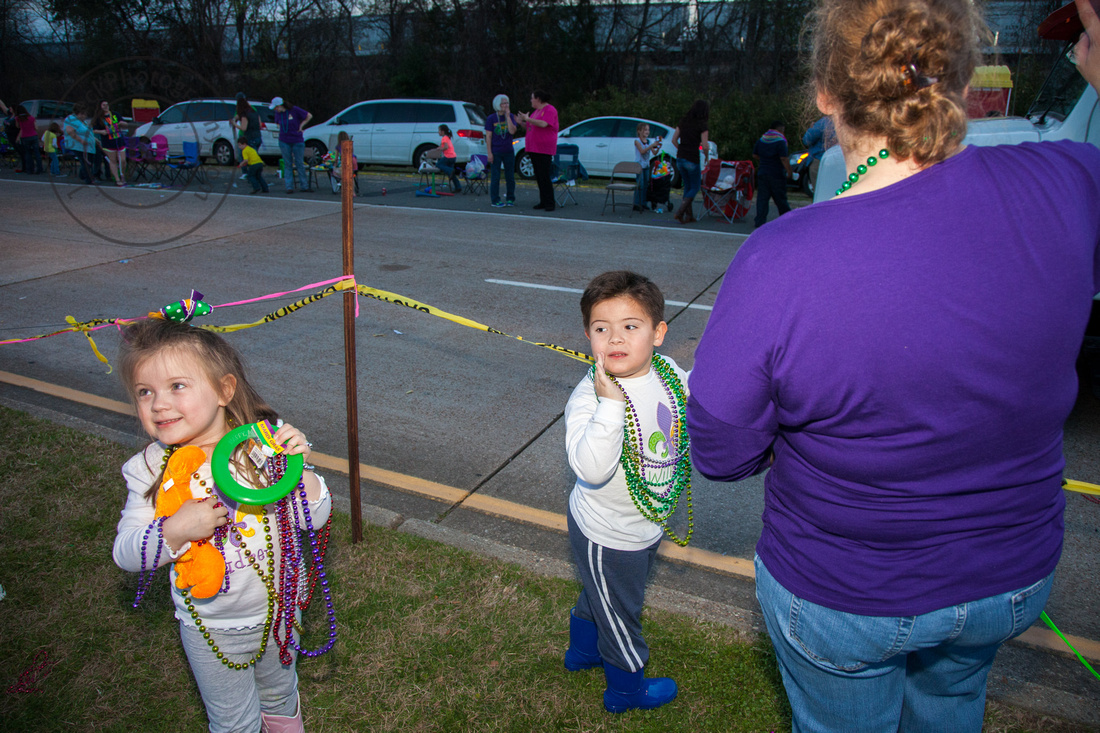 At the end of the parade, Amelia was pretty pooped out.  She had such a great time! 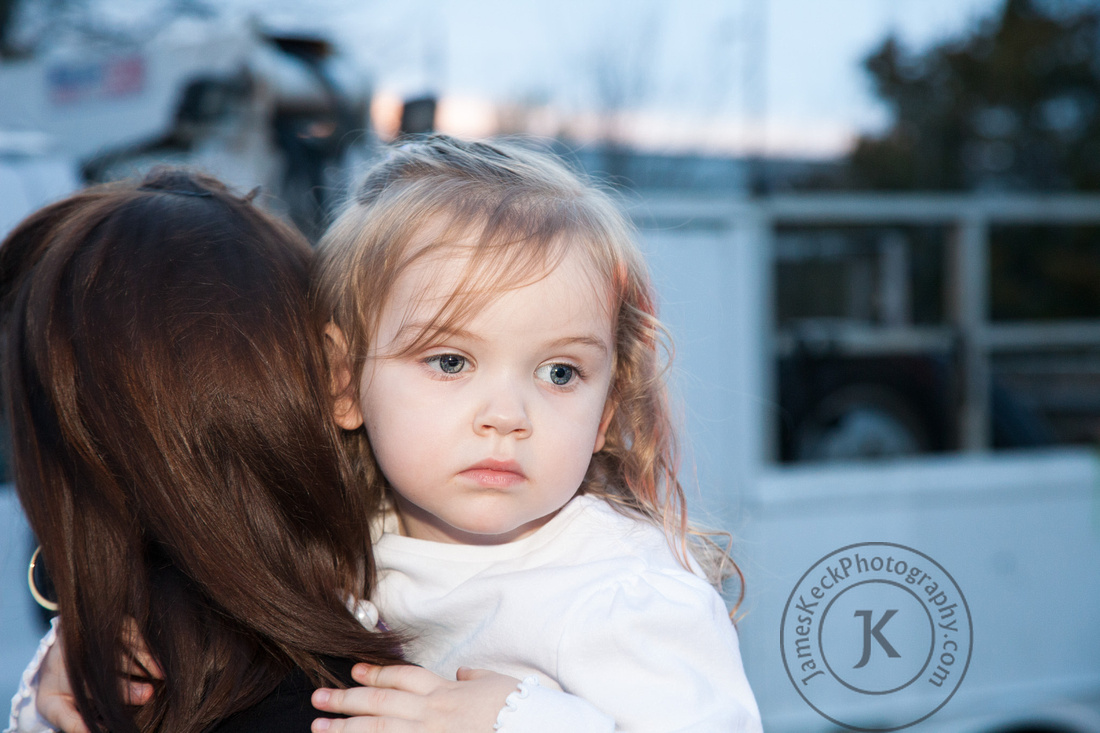 On the other hand, William was still ready for the parade to keep on going.  He waved goodbye as the last parade float drove by. 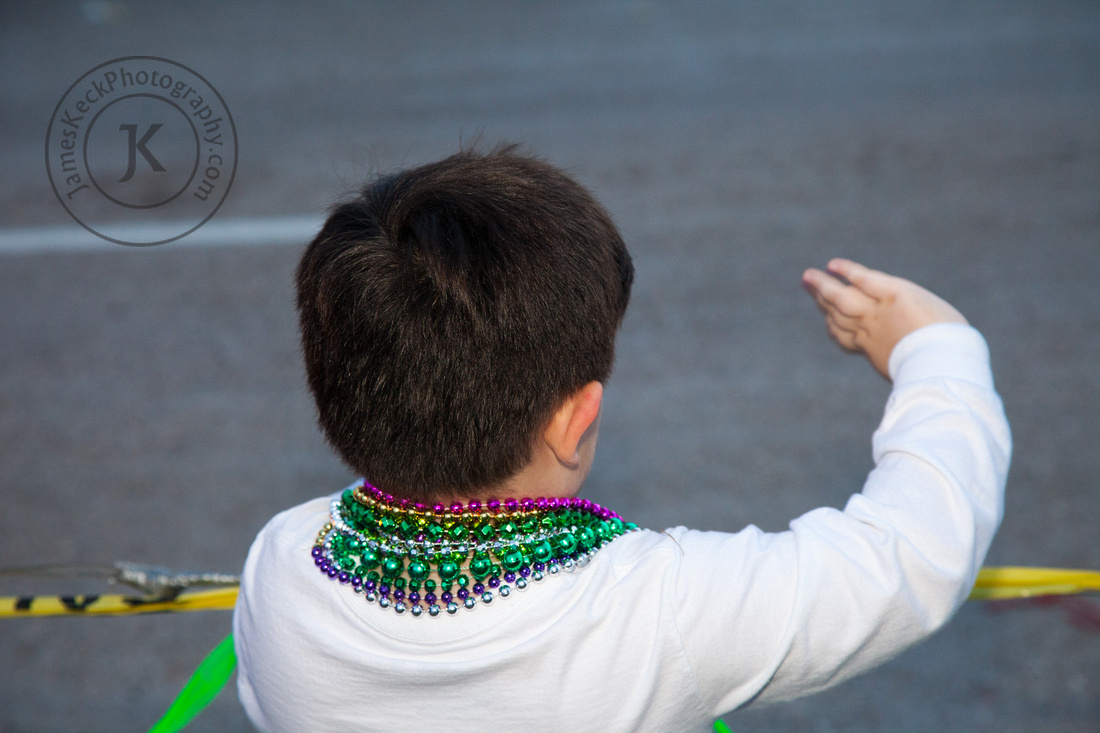 I know the Keck family can't wait until next year to go to the Gemini parade!  It was so much fun.