Ever since "Go Texan Day" this year in Houston, Texas, I've been wanting to take some photographs of my twins in their cowboy getup that their Nonnie had bought them.  I might be a biased father, but I think they look awfully cute in these costumes.  My idea was pretty simple:  have them dress up in their cowboy/cowgirl costumes and pose them outside next to their bouncing horse toy that their Uncle Emile had bought them two Christmases ago.

Here is a picture of the setup: 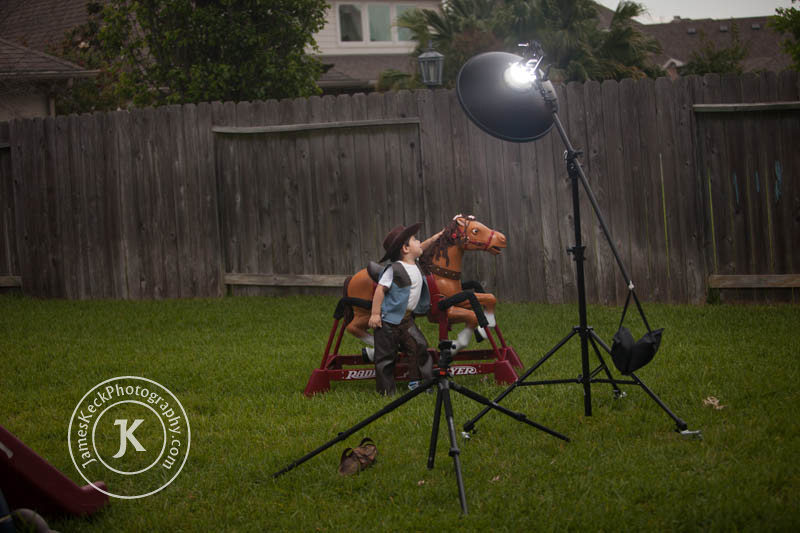 Here is the list of equipment that was used:

Audrey was the first of the twins to hop onto the horse and be my model.  She did a great job, wouldn't you agree? 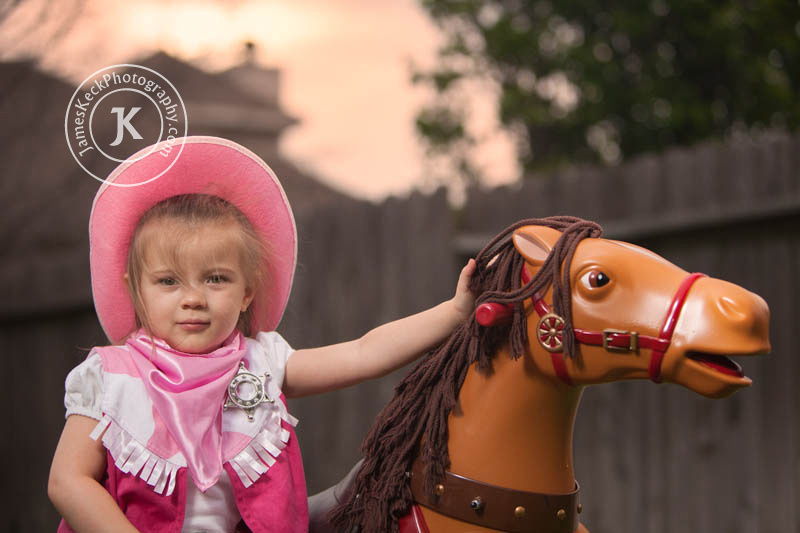 Girl Dressed as Cowgirl Standing Next to Toy Horse 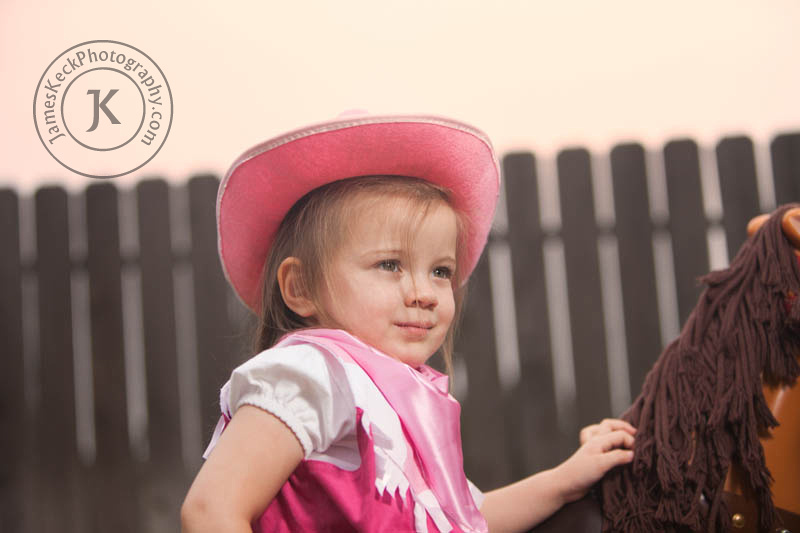 Girl Dressed as Cowgirl Standing Next to Toy Horse

Next up was William.  William is the wilder one of the twins and this photo really shows off his personality. 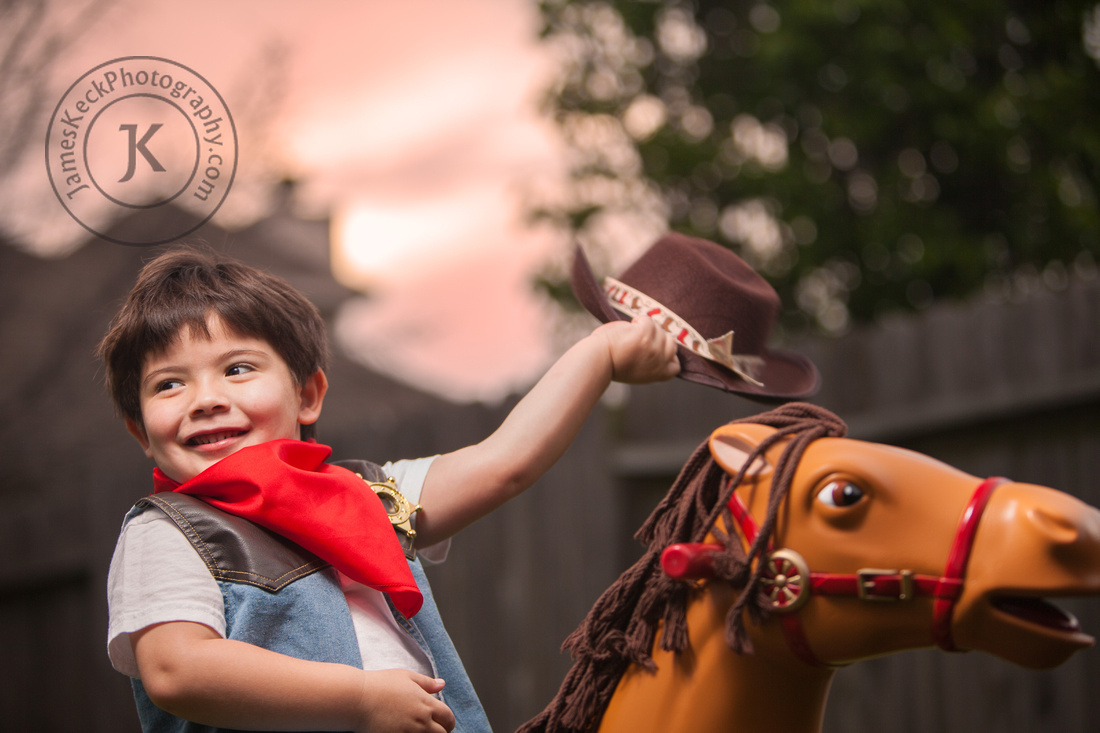 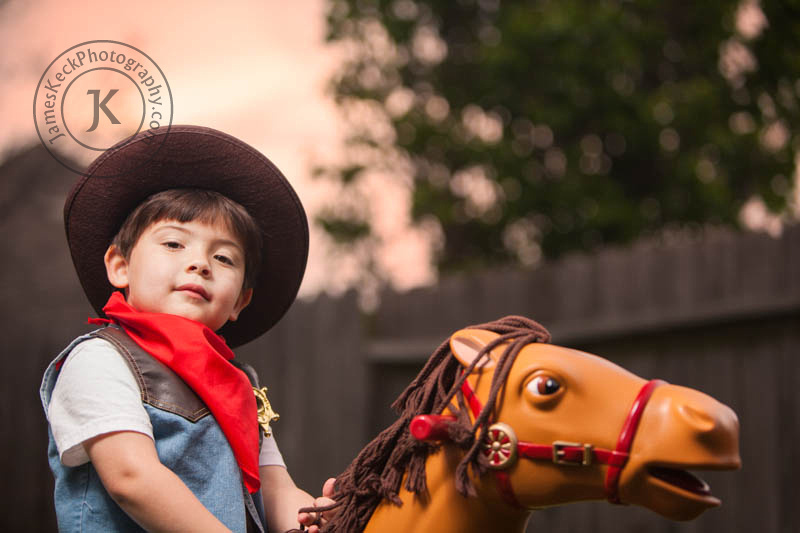 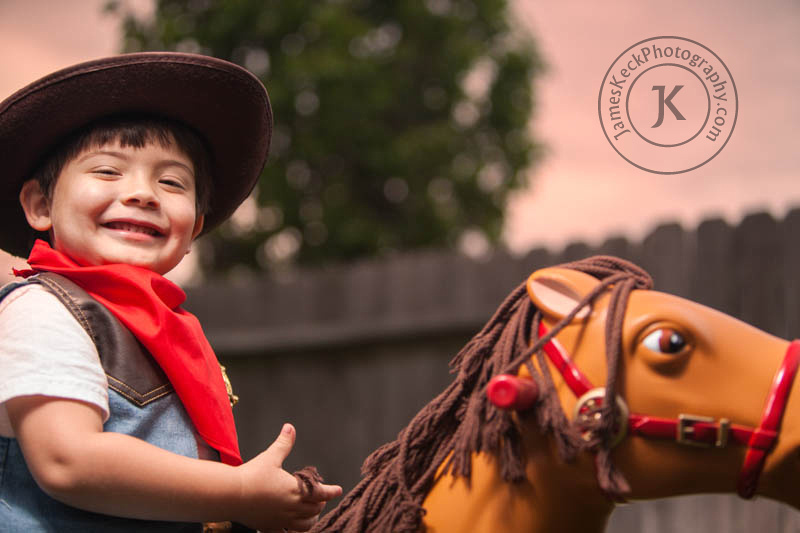 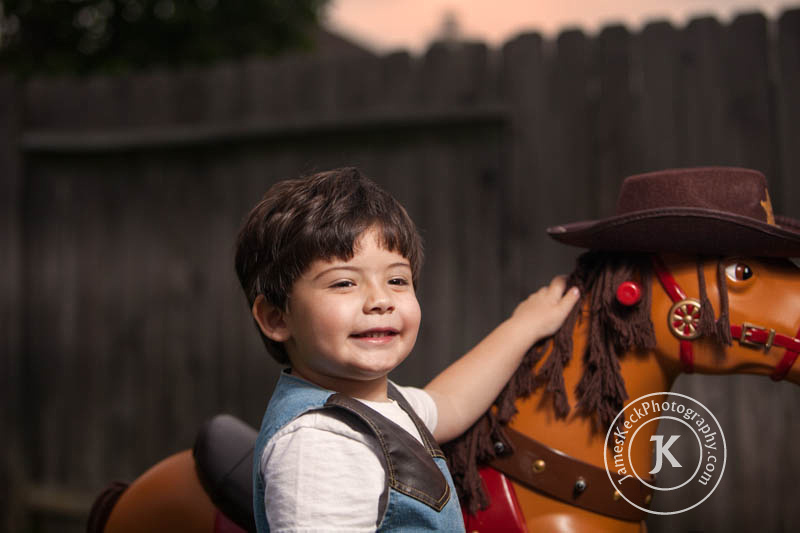 Unfortunately, we had already had a VERY busy day, and this photoshoot did not start until around 7 pm.  And without dinner.  I was not a smart "Daddy" and the photoshoot did not last as long as I had wanted mainly because the cowboy and cowgirl became tired and restless "natives"!

This photo really shows how difficult and tiring it is to be a model! 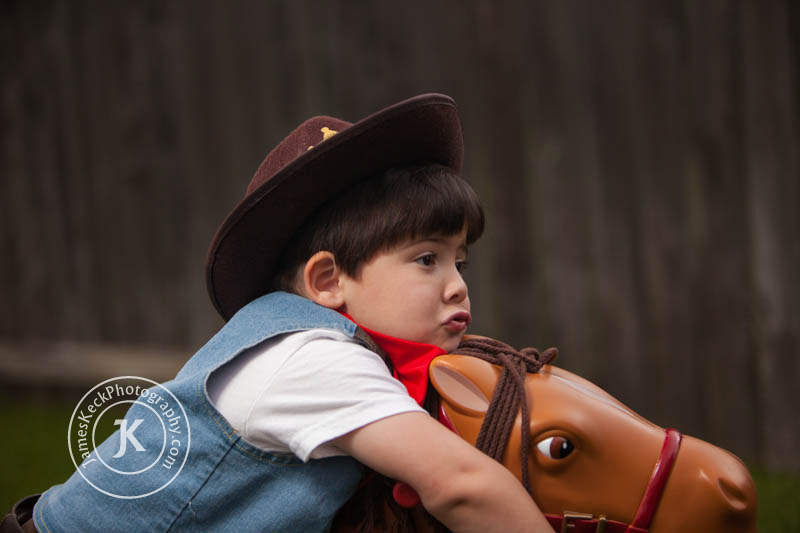 Boy Dressed as a Cowboy Slouched Over a Toy Horse

I know I really want to revisit this photo session when my models are in a better mood.